Back
What Do Sea Turtles Eat? A Quick Peek Into Their Diet

What Do Sea Turtles Eat? A Quick Peek Into Their Diet

Did you know that sea turtles have been living on the earth since the time of dinosaurs?

Yes, they’ve been around for about 110 million years and you can find sea turtles in all the oceans – except the Arctic Ocean. In some art forms, sea turtles are considered to be the symbol of patience and perseverance.

They play a crucial role in maintaining the marine ecosystem. Thanks to their diverse habitat, sea turtles have a wide range of eating habits. There are seven different species of sea turtles. Each of them consumes different kinds of foods. Let’s explore what a sea turtle diet consists of!

What Do Sea Turtles Eat? 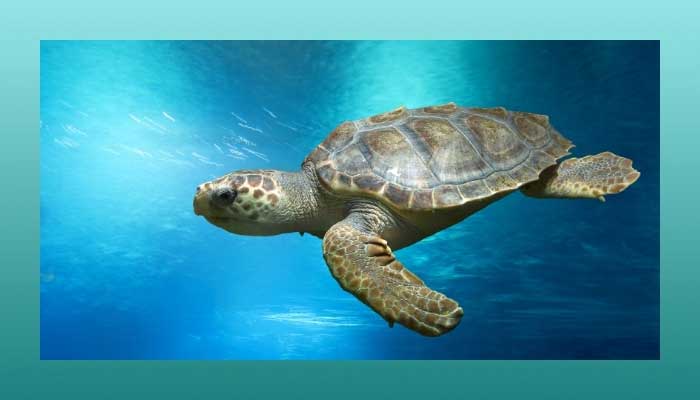 The Loggerhead turtles inhabit the Atlantic, Pacific, and Indian oceans. You can also find them in the Mediterranean Sea. This species of sea turtle nests from April to September. They can build up to 3-5 nests every season and lay around 35 pounds of eggs.

Though the Loggerhead hatchlings are omnivores, the adults are carnivorous. Their favorite food includes crabs, whelks, and conchs. 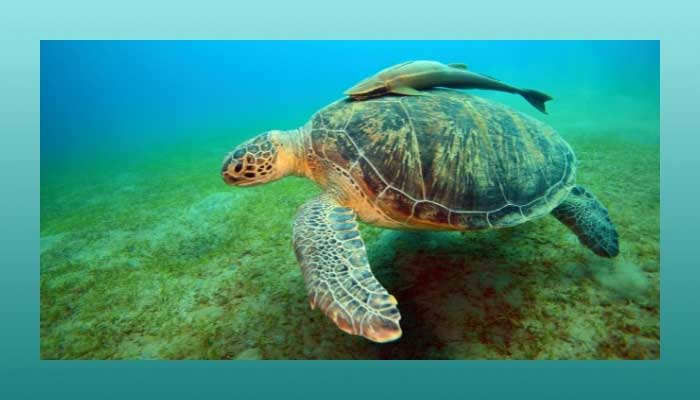 The Green sea turtles are found in the Atlantic, Indian, and Pacific Oceans. They are known for being marathon swimmers. The Green Sea Turtles have finely serrated jaws which allow them to relish a wide variety of foods.

The younger green turtles are carnivores and like eating a variety of fish eggs, mollusks, jellyfish, worms, sponges, and algae. But, they grow up to become omnivores. The diet of adult green sea turtles consist of seagrasses and algae. 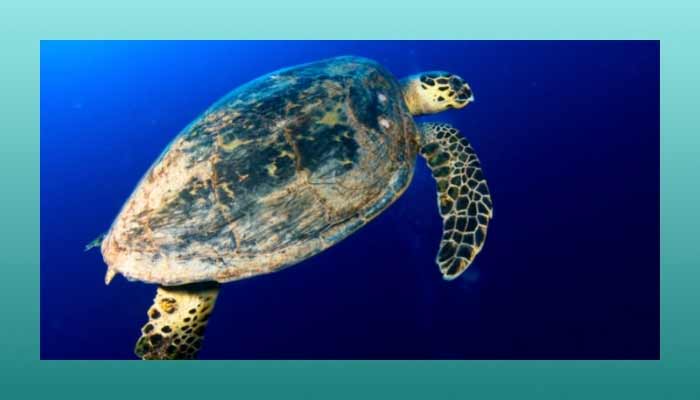 The Hawksbill sea turtles are primarily found in the tropical reefs of the Indian, Pacific, and Atlantic Oceans. Their sharp and prominent beak helps in differentiating them from the other species of sea turtles. One of the striking features of Hawksbill sea turtles is that their shell can change color depending upon the temperature of the seawater.

The Hawksbill turtles can build their nest faster than any other species of sea turtles. They have omnivorous eating habits. Their favorite food includes sea sponges, algae, marine plants, jellyfishes, and mollusks. 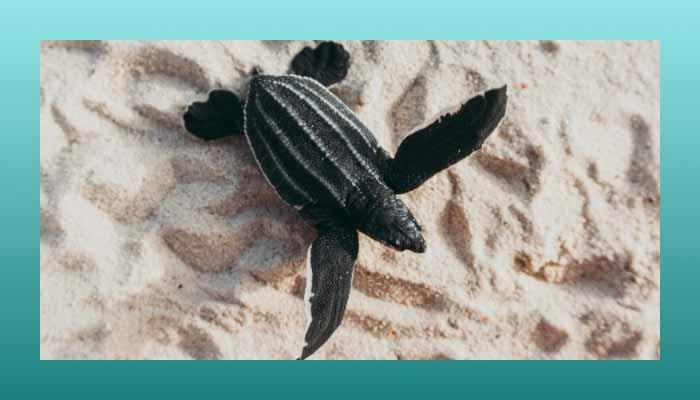 The Leatherbacks are the largest species of sea turtles in the world. These turtles can grow up to about 6-9 feet long and can weigh up to 2000 pounds. They get their name from their strong, oily, leather-like shells. The Leatherbacks are one of the oldest species of sea turtles & they can be found in the Atlantic, Eastern and Western Pacific Oceans. 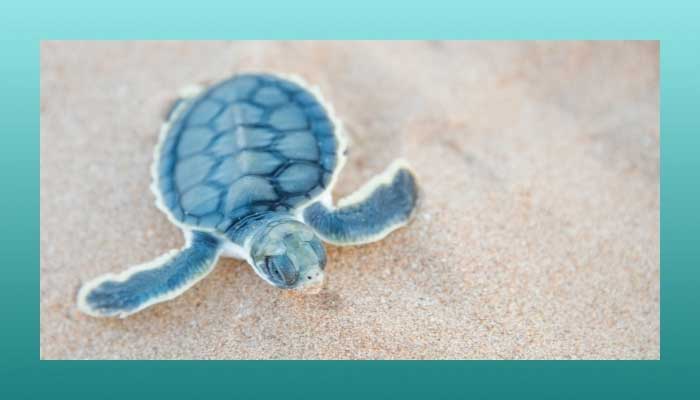 The Flatback turtles have a unique smooth, flat-domed shell. These animals can be 31-37 inches and can weigh up to 100 kgs. The shell has an olive green color and a pale yellow underside.

They reside in the shallow, soft-bottomed tropical and sub-tropical waters. They are omnivorous and not choosy eaters. Their favorite foods include seaweeds, sea cucumbers, jellyfishes, shrimp, and crabs. 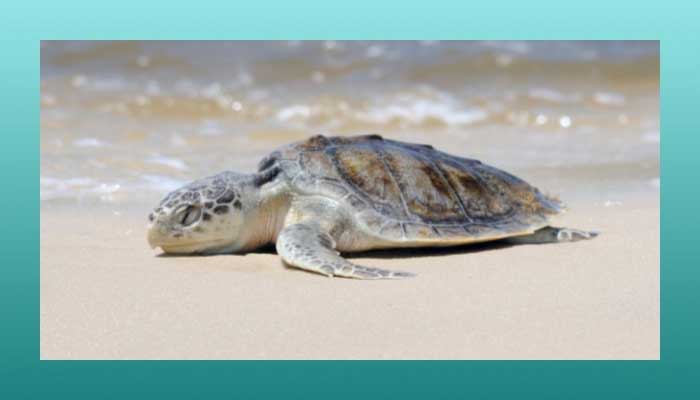 The Kemp’s Ridley turtles are the smallest among all the seven pieces of sea turtles. They are also the rarest and the most endangered sea turtle species. These turtles change color as they grow up. The hatchlings have a dark purple color, whereas the older turtles have a yellow-green or a grey-green shell.

The Kemp’s Ridley turtles are omnivores who eat shelled organisms like mollusks and crustaceans. They also eat jellyfish, marine fishes, algae, seaweeds, and sea urchins. However, the younger turtles feed on crabs. 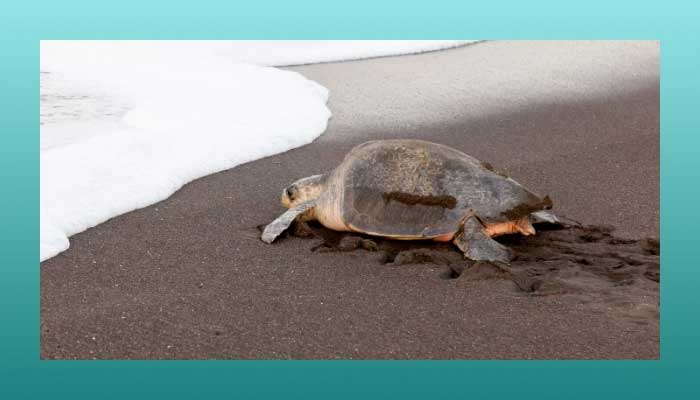 A New Addition to the Sea Turtle’s Diet: Plastic

Consuming plastic can cause blockage in the respiratory and digestive tract of sea turtles, resulting in an inability to breathe and starvation. This can slow down their growth and affect their reproduction rate. 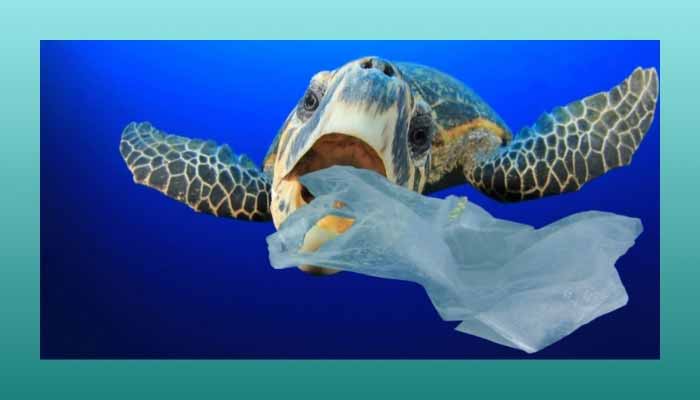 According to a recent survey, about 52% of the world’s sea turtle population has plastic wastes in their diet. Due to their appearance, sea turtles often consume plastic bags mistaking them for jellyfish (their favorite food). This dangerous addition to their ecosystem has increased the risk of endangerment for the sea turtle population.

A Word From Ocean

Ocean Jewelry is on a mission to save sea turtles. A part of our revenue goes to solve the long-standing issue of plastic pollution to allow sea turtles to live a long, healthy life- as they deserve. We hope you too will join hands with us in this noble venture.