Back
Ocean of love – Meet the 8 Most Romantic Sea Creatures

Ocean of love – Meet the 8 Most Romantic Sea Creatures

Each year, lovers around the globe send about 150 million Valentine’s Day cards to their loved ones. But if you had fins instead of hands, composing love letters would be impossible. So, what are the options for the old-school romantic sea creatures?

Our favorite aquatic animals keep the love alive in some curious ways while we are busy buying chocolates, flowers, and plush bears for significant ones.

These male and female ocean animals have particular ways to courtship, from offering rocks to singing melodies to their lovers. While monogamy among creatures is uncommon, these marine residents have found love in the depths of the ocean and are undoubtedly the 8 most romantic sea creatures for us.

Ready to meet them? 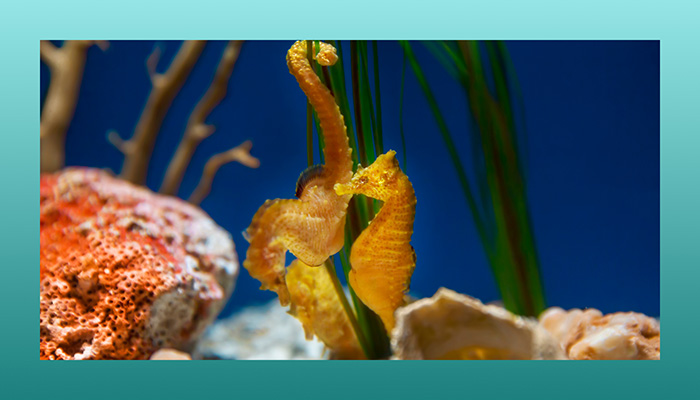 These teeny-tiny duos move to the rhythm of their drum. The female and male seahorse swing and encircle one other in a sensual, slow dance, greeting each other with nose-to-nose embraces. They even change color to express emotion and affection.

Many species of seahorses form bonds with their mates. During the mating season, they remain attached and faithful to one another. These bonds typically survive for one breeding season. But due to their limited swimming abilities and low population density, it is extremely difficult for a bonded seahorse to find a new mate. 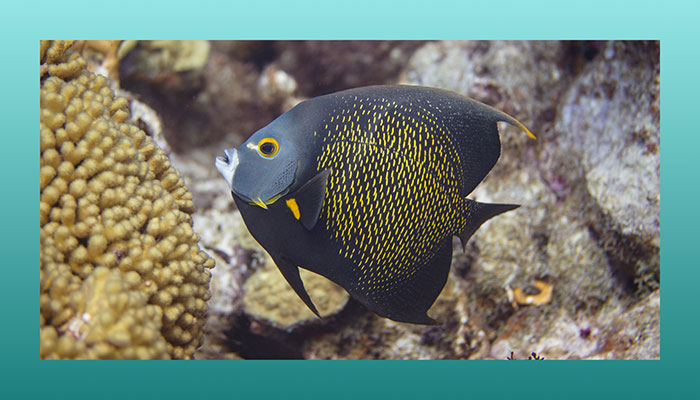 If there’s one thing that the French know the best is love. That is true even underwater, and this cute monogamous fish species can prove so. The French Angelfish develop a strong bond with their mates that will prevail for a lifetime.

Till death do them part, the pair lives, travels, and hunts together once they’ve formed a bond. They defend their territory and relationship against neighboring couples that threaten to split up the family.

You rarely see one French Angelfish alone, as they are always in together. It is the ocean’s utmost representation of finding your other half. 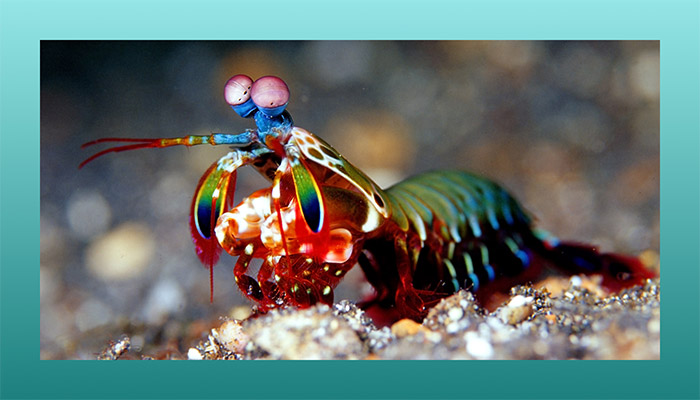 Who would guess a shrimp is nothing more than an old-school romantic? The Peacock Mantis Shrimp species, once they meet their other half, stay together till the end of their lives.

Once coupled, these lovers share the burrow, life, and duties. They help each other find food, protect, and care for their baby eggs. The union can last up to 20 years, which is the lifespan of this species.

A curious and interesting fact about the love life of the romantic creatures is that they fluoresce during the mating rituals if particularly stimulated. 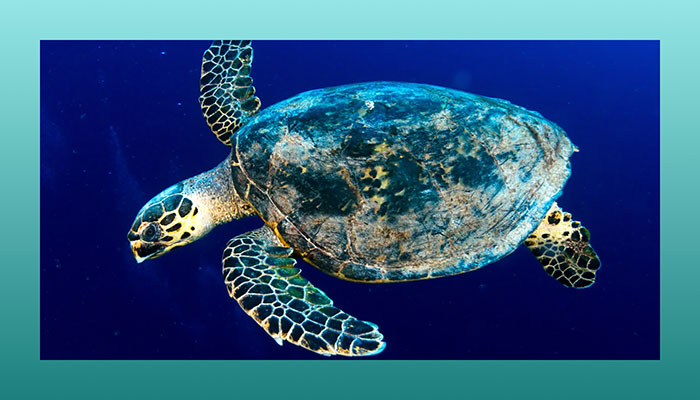 Ah, turtles! This beautiful endangered species of sea turtle features this list because of its faithful traits and romantic heart-shaped shell at the first life stages.

Different than other species, Hawksbill female turtles choose to be monogamous. Although not yet proven, once coupled, the female Hawksbill will stick to the same partner for life.

The female chooses which male to mate with, regardless of how handsome and well built he is. It is the best representation of the expression love hides imperfections.

Editor’s Note: We are committed to supporting the See Turtles Organization in their actions to save hatching baby turtles. 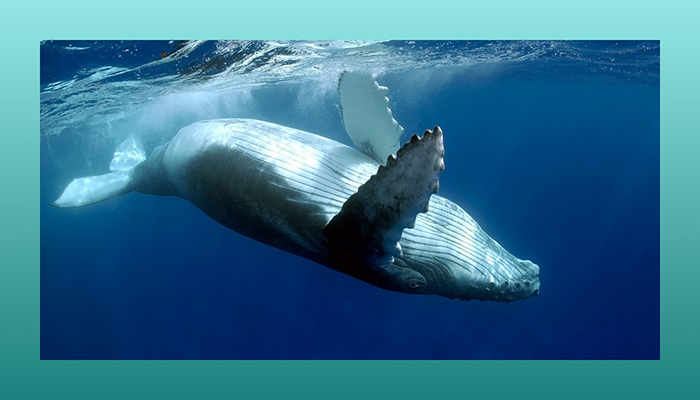 Serenades are a romantic way to express love, and in movies, that’s a tried and tested strategy to win someone’s heart. Believe it or not, the male Humpback Whales use the same approach during their mating rituals.

Charming dance moves and unique songs are the preferred flirting expression of humpback whales. So when breeding season arrives, male humpback whales will compose and sing romantic songs to entice their female crush. It is a love serenade at its best. 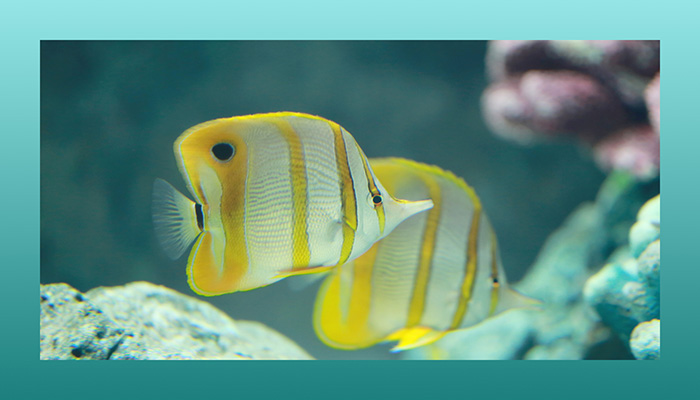 Dainty lovers who are small in stature but mighty in love are the best description for the butterflyfish. They get their name from the butterfly-like eyespots on their sides, intended to fool predators into thinking the fish is fleeing in the wrong direction.

These lovebirds couple in the early stages of their lives and stay together in a long-lasting relationship. They love deeply, and courtship between the pair is prolonged and passionate. The fish will commonly circle one another in a head-to-tail pattern until one break and flees, followed by the other.

When they find a partner, they travel, hunt, and mate together for the rest of their lives. If the two fish become separated, one will try to reconnect with the other by swimming higher for a better view and reuniting with their lost love. 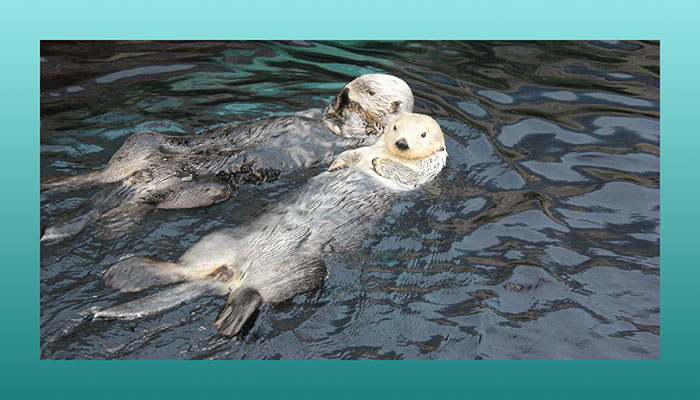 Cute, mate for life, and family-focused, that is the Sea Otter. This monogamous mammal usually lives in big family groups. They live, migrate, hunt, and play together.

Their cute family operates more or less like ours, an alpha pair (parents), and their broods. However, only the alpha pair reproduces, and the early offspring helps to look after the young.

8. Penguins and pebbles of love 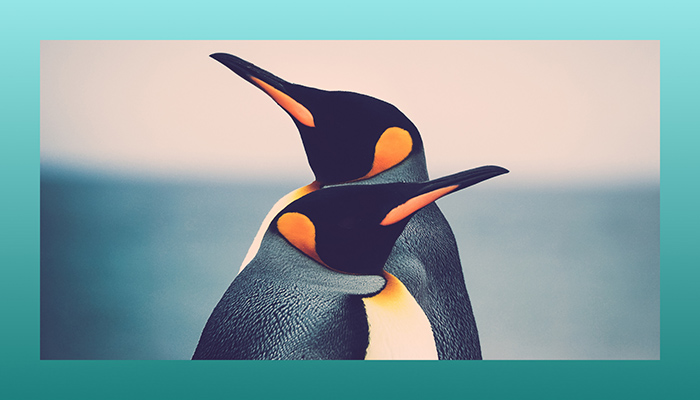 If the first impression counts, Penguins are top of the list to impress their crushes. However, looks are not enough to impress females of some species, and the male has to work hard to attract the interest of their sweetheart.

A cute example is the Gentoo and Adelie species, where the male needs to find a perfect looking stone to win the female’s heart. Having the female liked the token, she will put it in her nest (she said yes!), and together they build their pebble cocoon to lay their eggs.

Monogamous penguins will have an exclusive partner during a given mating season. In some cases, once coupled, they will mate for life, and their union functions on a teamwork basis, where they help one another feed and protect their babies.

Love is in the waterair with these romantic sea creatures 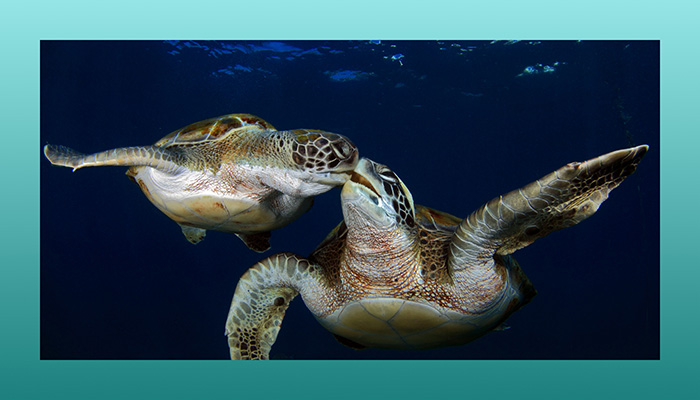 There are many cute creatures in the sea, but only a few choose long-term love over frolicking on the coral polyps. Monogamy is a rare concept for creatures living in the depths of the ocean. But, whatever might be the reason, these marine animals mate for a lifetime and get the title of most romantic sea creatures out there.

If these romantic sea creatures inspire you to dive into the depths of the ocean to find the perfect Valentine’s Day gift, head over to the ocean jewelry store, and find the best ocean-inspired gift for your special one.