Back
Your Own Heart of the Ocean

Your Own Heart of the Ocean 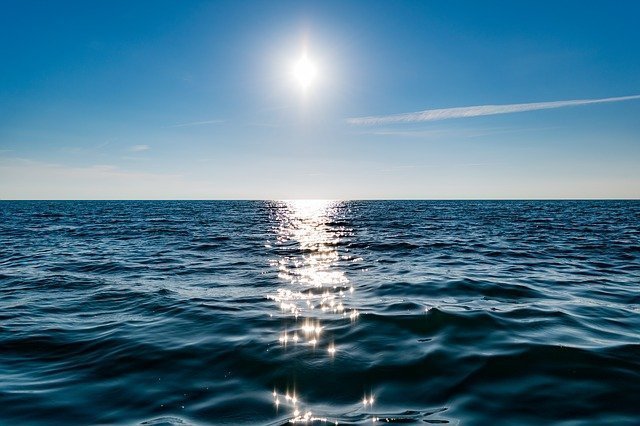 Do you have a heart for the ocean? And a love of history? In March, St. Patrick takes center stage, but that isn’t the only Irish story to embrace. The Titanic was built in Belfast, and the popularity of the Titanic Museum there shows how much the world does embrace the tragic tale. 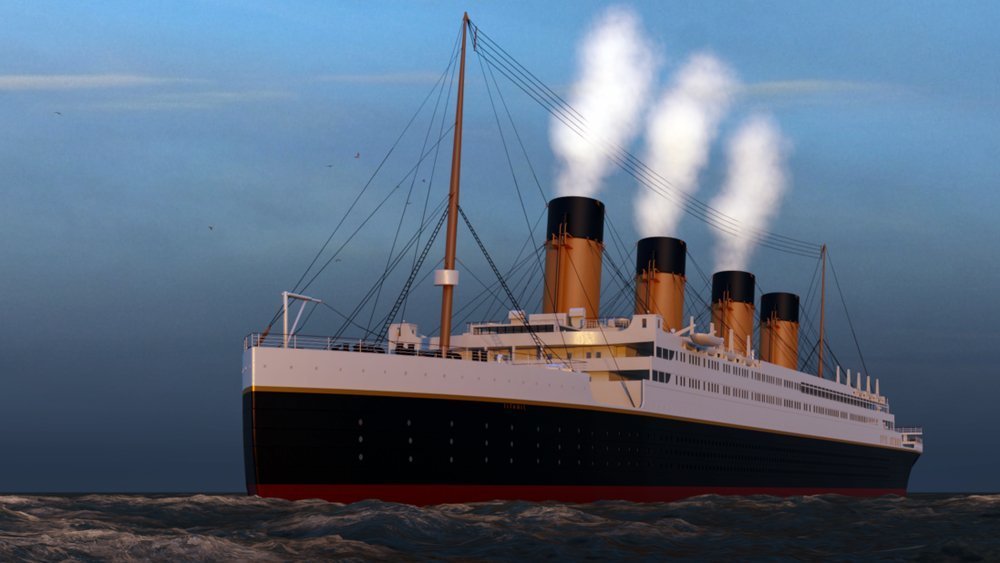 The Unsinkable Boat That Sank

Though the RMS Titanic was the largest shop afloat at the time and was touted as being “unsinkable”, it struck an iceberg during its maiden voyage and sank in the early morning hours of April 15, 1912. Tragically, over 1500 lives were lost, including the captain Edward Smith, who went down with his ship.

The passengers onboard we among the wealthiest in the world and traveling first class on the Titanic was the pinnacle of luxury. The boat cost $7.5 million to build in 1912, the equivalent of 180 million today. The ship was revolutionary at the time, and included lush features such as a gymnasium, a swimming pool, a Turkish bath, cabins akin to those one would find in a five star hotel, libraries, and restaurants that boasted some of the best cuisine in the world. First-class diners were treated to 10 course meals that included highlights such as oysters, salmon, filet mignon, sirloin steak, squab, pate de foie gras, and lamb. One of the most expensive tickets could be purchased for $2560 at the time, the equivalent of over $65,000 today.

After dinner, the wealthy male travelers would retire to the first-class smoking lounge (male only), while posh female travelers would likely saunter to the first-class lounge, where card games were frequently played and gossip exchanged. The lounge was modeled after the palace of Versailles, and those lucky enough to take a seat in the lounge were truly treated like royalty. When the mingling was finished, the first class passengers would return to their suites, which would include their bedroom(s), a sitting room, a bathroom, and wardrobe room(s)— because the rich and famous don’t usually pack light. When it came to the interiors of the rooms, those who could afford the suites enjoyed immaculate decor to the highest possible standard. The rooms had all been meticulously appointed in luxurious fabrics and furnishings by some of the greatest decorators at the time.

Though there were around 2,208 people aboard the Titanic at the time of her fatal demise, the 20 lifeboats she carried in total could only accommodate 1,178 people. Only 18 lifeboats were used during the disaster (many of them only carrying half of their capacity). This was one of the reasons that so many people (over 1,500) died that night. 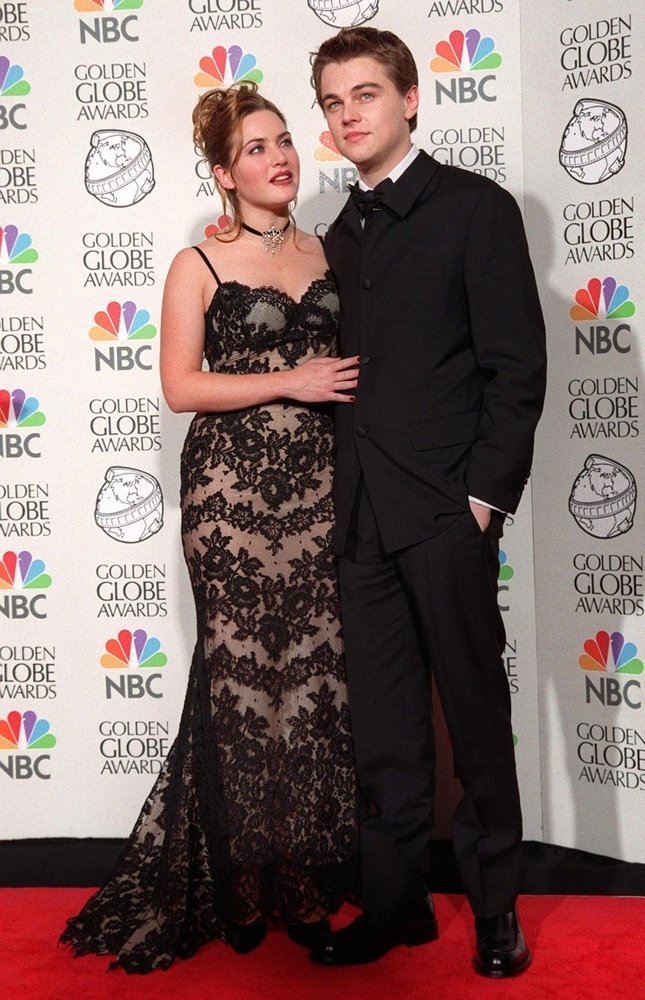 The 1997 historical fiction film The Titanic, follows the love story of Jack and Rose— two youths from very different backgrounds. Rose, wealthy (as well as betrothed) and Jack, a penniless artist seeking a better life. Directed by James Cameron, the film was a roaring success and was nominated for 14 academy awards— winning a whopping 11 of the categories. At the time it was the most expensive movie ever made, with a budget of 200 million. Grossing over 2 billion at the box office, however, meant a supreme profit— and with good reason. The performances of a young Leonardo Dicaprio and Kate Winslet were riveting, and secured their spot as household names the world over.

Celine Dion sang the theme song to the movie, entitled My Heart Will Go On. The track was beloved around the world, reaching the coveted number one spot in over 20 countries. The moving ballad still stands as one of the best-selling singles ever made, and the second best-selling single by a female artist. While Dion was already a well-known musical talent at the time, the single gained her massive worldwide exposure and is widely considered her signature song.

The success of the film  again shows that the story of the Titanic fascinates people with the romance of the era and the profound heartbreak of so many hopeful lives tragically cut short.

The Heart of the Ocean Necklace

The Titanic was crowded with stars. Three of them shone especially bright in the film – Kate Winslet, Leonardo DiCaprio and a fictional necklace called the Heart of the Ocean. The whole structure of the movie is hung on this dazzling pendant. In the film, a treasure hunter goes in search of it in the wreckage of the ship and meets the woman who owns it, who tells of the love triangle that unfolded on her journey aboard the Titanic in April 1912.

As we mentioned previously, Winslet’s character was engaged, and the Heart of the Ocean necklace was a gift to her from her wealthy fiancé. But aboard the Titanic, she met someone else, someone her wealthy family and friends would deem beneath her, DiCaprio’s character, who had won third class tickets in a game. In real life, an incredible treasure of lavish jewelry did sink with the Titanic. Some of it has been recovered, including a gorgeous sapphire and diamond ring. Remember, sailing first class on the Titanic was an incredible luxury more than 100 years ago, and passengers planned to enjoy themselves socializing on board. Out in the middle of the ocean, they still dressed to impress.

Inspired by History and Hollywood

In the film, the Heart of the Ocean necklace is inspired by the Hope diamond. The necklace created for the movie has, in turn, inspired the jewellers at the Ocean Collection to create a stunning new set featuring Swarovski crystals. The necklace and matching earrings each feature a big, brilliant blue heart-shaped crystal surrounded by a halo of smaller clear crystals. The necklace is a pendant hung on a slim silver chain, while the earrings are drop style with simple wire hooks. This set is sure to catch eyes and drop jaws.

Do you love the vintage looks from the era of luxurious ocean liners? Is sailing across the deep blue sea your ultimate idea of romance? Then this is a perfect set for you. Whether you’re landlocked and only dreaming of the ocean or looking for something to wear to a party at the sailing club, our Heart of the Ocean is perfect.

The Heart of the Ocean set is also a fantastic gift for the woman you love. If you want to wow her for her birthday or your anniversary, this set will do it. Every detail from the deep blue of the crystal to its heart shape to the sparkle of the halo of clear crystals around it makes a clearly romantic statement.

Nautical jewelry would be the ideal gift for any turtle admirer!