Back
What Do Mermaids Symbolize?

Mermaids are beloved creatures of the sea, featuring prominently in folklore around the world. With the upper body of a human and the tail of a fish, it’s not hard to see why these baffling beings have mystified and intrigued people for centuries. The word mermaid is a compound of two Old English words—mere, meaning sea, and maid, referring to a girl or a young woman.

Whether you’re seafaring or land loving, you may be interested in learning more about mermaids. In the post below we’ll explore the symbolism of the magical, magnificent mermaid.

Mermaids symbolize independence and individuality: Like the wild waters they make their homes in, mermaids are ever-moving and refuse to be contained. These headstrong creatures crave the freedom that the sea provides, swimming where they please, whenever they choose. Their fierce independence and refusal to conform are combined with a headstrong personality. Mermaids hold steadfastly to their values and won’t compromise when it comes to how they live their lives.

One of the first introductions many of us had to mermaids was through the Disney film, The Little Mermaid. In this tale, the protagonist, Ariel, rebels against her father and his wishes, making her own decision to follow her heart. 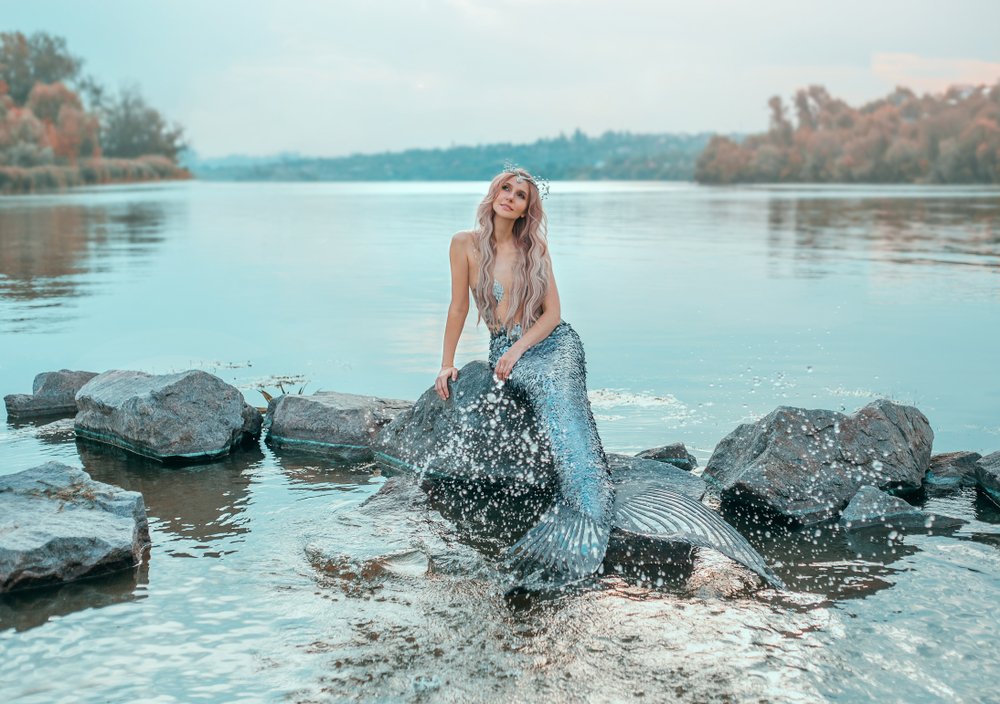 Mermaids embody the sacred feminine: The concept of mermaids was likely influenced by goddesses in Greek Mythology, such as Venus, the goddess of love, and Amphitrite, the goddess of the sea. 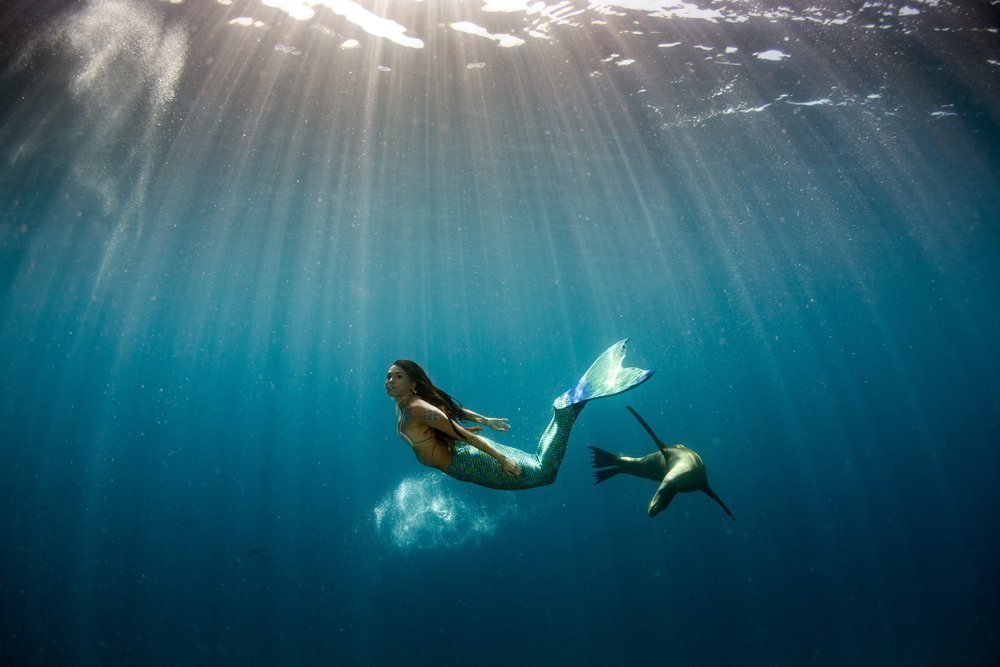 Mermaids symbolize awareness and insight: Mermaids are seen as wise and uniquely in tune with the world around them. In stories, they have been known to take control of the weather, foresee aspects of the future, and even grant wishes. Additionally, mermaids are thought to only appear to those that are pure of heart or well deserving; even more evidence of their remarkable intuition. 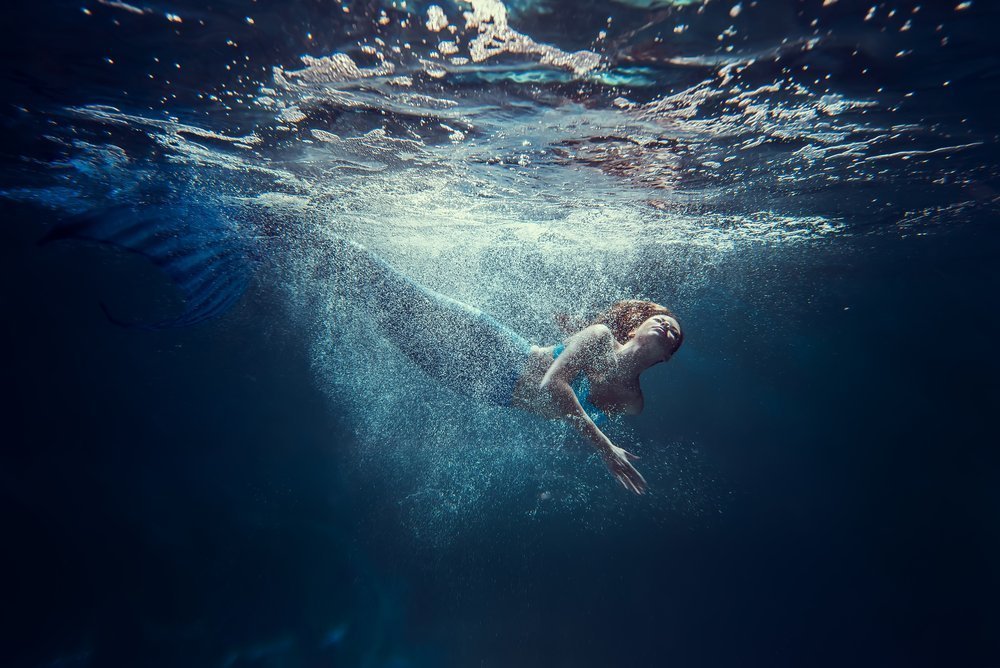 Mermaids symbolize renewal: Since mermaids are tied to a water element, they embody the revitalization that water brings. Water is vital to life and growth, and it is used in many cultures to symbolize birth and rebirth (for example, with the baptism ritual in Christianity). 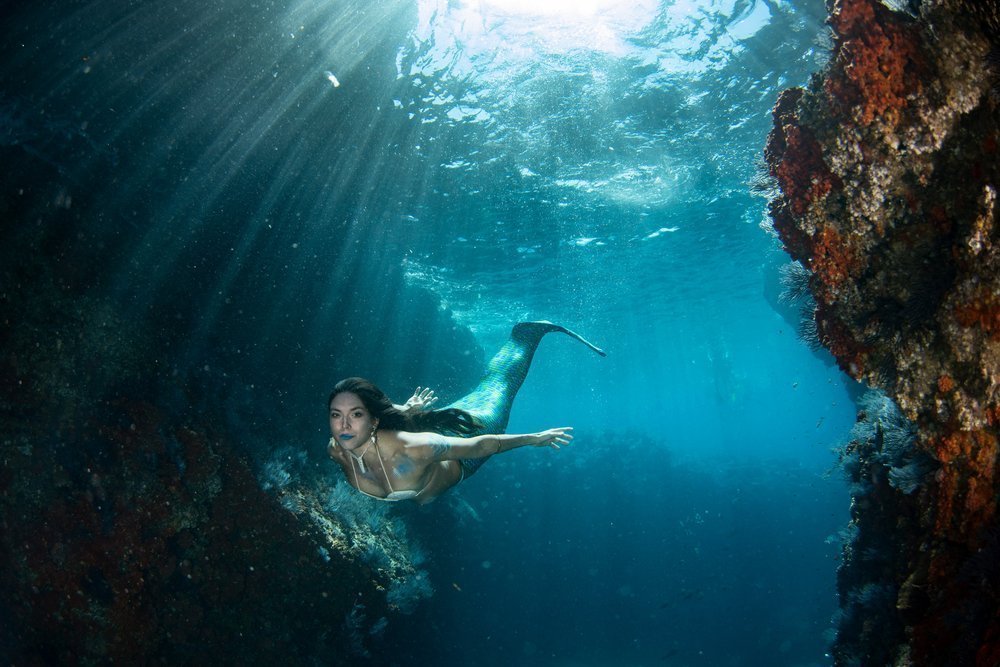 Mermaids are known for their playful spirits: Mermaids are commonly depicted as having a youthful and lovable air of mischief. Whether they’re splashing around in their hidden coves or playing tricks on unassuming sailors, mermaids seem to enjoy amusing themselves with a bit of harmless entertainment. 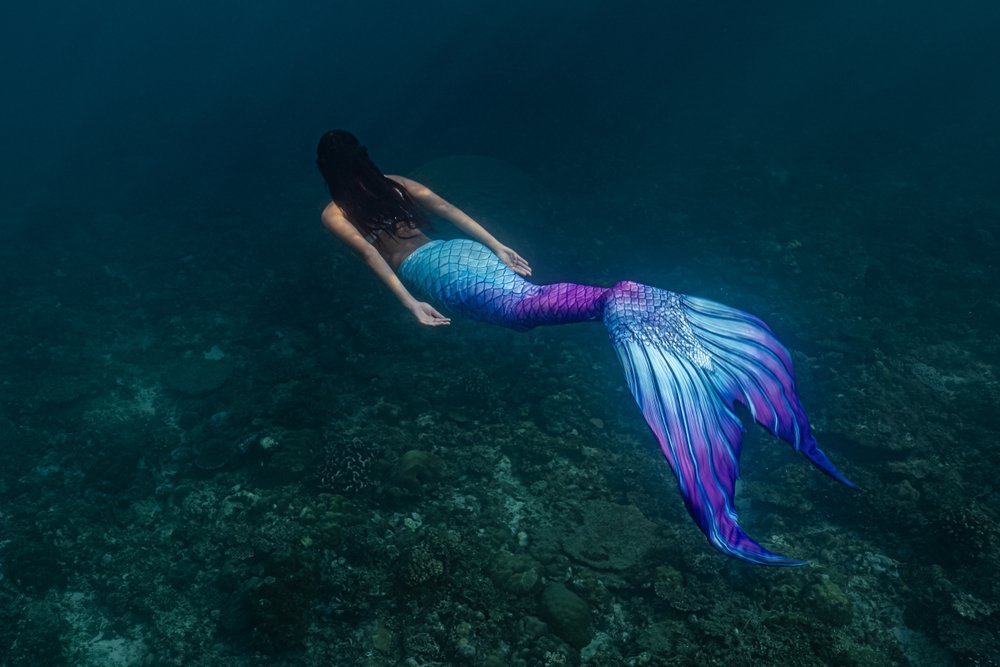 Mermaids are symbols of good luck: Whether or not Mermaids bring good luck has been debated throughout history. In some cultures, mermaids are seen as temptresses, who may attempt to lure sailors off course. However, by and large, mermaids are considered symbols of good luck and happy times ahead. For example, in Trinidad and Tobago, mermaids are said to grant wishes and bestow wealth and power upon those they meet. You’ve likely seen mermaid figureheads on the prows of ships. These wooden carvings are said to bring good luck to all those aboard. And who doesn’t need a bit of luck when sailing the high seas?

While mermaids have been tied to a variety of symbols throughout history, we believe you can associate your sterling silver mermaid jewelry with whatever special symbol you choose. Our mermaid collection, like all of our jewels, are precious tokens of the sea. When you wear our carefully crafted pieces, you’ll enjoy your own journey and attach your own unique meaning to your piece. 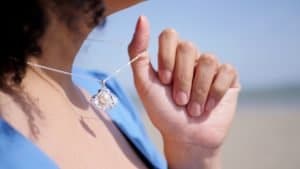