Back
Whales in Ireland: From Whaling to Whale Watching

Whales in Ireland: From Whaling to Whale Watching 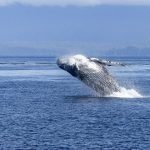 Ireland is one of the best places on earth to go whale watching. It’s possible to see whales all year ‘round off Ireland’s rugged western coast as different species pass through on their migrations at different times of year. Humpback, Sei and other Baleen whales pass through in autumn and winter, while spring and summer see the arrival of Minke whales. But Ireland’s relationship with whales has not always been about whale watching and conservation. A century ago, Ireland was briefly a hot spot for whaling. 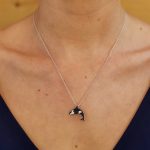 In 1896, the Norwegian government imposed restrictions on whaling in their waters, which drove those in the trade to seek new places to hunt. Some came to Ireland, where they could hunt freely. At the time, oil from whale blubber was in demand to burn in lamps and make soap. It was even a component in nitro-glycerin explosives and early types of margarine. Whale bones were used to give structure to fashionable women’s dresses of the era. Their skin was made into leather, and their teeth were carved into decorative ornaments.

Whaling stations sprung up along Ireland’s west coast, particularly in County Mayo. While many local people welcomed the employment these Norwegian companies brought, they were not free of controversy. The objectors of the time were not particularly concerned about protecting whales or their habitat, however. They were more worried about the smell and the impact on local oyster and mussel beds.

The End of Whaling in Ireland

Ireland’s foray into whaling was brief. The industry appeared around 1900 and was gone by 1925. The first world war disrupted whaling in Ireland for years, but once it ended the whaling resumed for another decade. A combination of things killed off the whaling industry in Ireland. Demand for whale products dropped as other fuel sources were discovered and women’s fashions evolved. An alleged arson attack finished off Mayo whaling station; the suspects were men who had not been hired there. 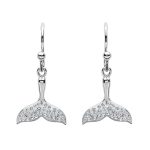 Society began to realize that hunting these majestic creatures was actually pretty horrible. In 1937 Ireland passed the Whale Fisheries Act, which completely banned all whaling within 200 miles of the Irish coast as well as restricting whaling by Irish registered ships in any waters. Ireland transformed from a place where whaling was considered a good source of employment to one of Europe’s foremost protectors of whales. The Irish Whale and Dolphin Group formed in 1990 to advocate for the protection of these stunning sea creatures.

In 1991, Ireland became the first European nation to declare all of the waters within its fishery limits a whale and dolphin sanctuary. Today, whales still draw people to Ireland’s west coast, but now they are armed only with cameras, not harpoons. Whale watching has proved to be a more enduring industry than whaling in Ireland. Catching sight of a whale breaking the surface of the water is a precious and unforgettable moment, one our grandchildren deserve to enjoy too.

Explore our range of whale necklaces.