Back
Symbolism of turtle 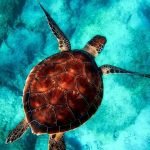 Turtles are used as symbols in different cultures around the world. Turtles are at home on land and at sea, and famously carry their homes on their backs. They travel the world. Some sea turtles clock 10,000 miles a year crossing the oceans. Different types of sea turtles are native to different areas, but they migrate enormous distances too. So of course cultures around the world are familiar with these fascinating creatures and have attached their own meaning to them.

Turtles feature in ancient cave carvings in China and in Greek mythology. They appear in German, Spanish and Lithuanian coats of arms. But perhaps their most famous symbolic use is in North America. 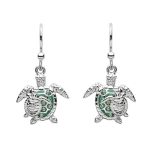 Some Native American tribes refer to North America as Turtle Island, while others use the term to refer to the entire world. The term has roots in a creation myth, and different tribes have their own version. In a nutshell, the entire planet was covered in water, and the sky people lived above it. One day, a tree was pulled out of the ground in the sky. A pregnant sky woman peered through the hole and saw the earth. In some myths, she falls through the hole while in others her angry husband pushes her. The creatures below see her falling and want to help. They take turns trying to dive to the ocean’s floor to bring back some mud to give her a place to land. Different tribes credit different animals with being the successful one to retrieve mud after the others fail. But they all agree it was the turtle who spoke up. He said to put the mud on his back and he would give the fallen sky woman a home on the earth. The turtle represents the earth, and also wisdom, patience and calm. 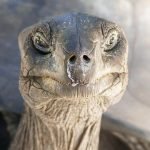 Turtles have a very long life span, up to 100 years. So they are an obvious symbol for a long life. Turtles represent longevity in Japanese, Native Hawaiian and Polynesian cultures. In Taiwan, people bake cakes in the shape of turtles at festivals to celebrate their ancestors. Mayan culture revered the turtle, and the turtle’s shell represented the earth in Mayan symbolism, much as it does in native cultures further north. In many African cultures, myths portray the turtle as a trickster, both clever and mischievous. Turtles and tortoises feature in many Nigerian legends. 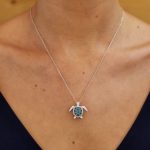 Every culture sees animals in their own way, interpreting their actions, casting them in their legends and using them to symbolize important ideas. And every individual also sees animals in their own way. Animals often appear in our dreams, and what they mean there depends on how we understand that animal. Dreaming of a turtle could mean we feel a need to withdraw and slow down, to establish better boundaries and take care of ourselves. Conversely, it could also mean that we feel our lives are already slow and we feel isolated. Or turtles could represent the earth in our dreams because we’re familiar with that symbolic meaning. They can enter our dreams to remind us to that we need to care for the planet.

Sea turtle jewelry would be the perfect gift for any turtle admirer!