Back
Shipwreck Capital of the World

Shipwreck Capital of the World 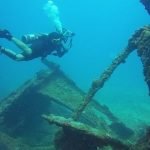 The ocean is full of wonder. While most of it is natural – intriguing creatures and stunning plant life – the floor of the sea is also home to shipwrecks. Some hold mysterious treasures, and all of them are a sort of time capsule offering a glimpse into life at sea whenever in history they sunk. One place in the world is the unofficial shipwreck capital. The number of shipwrecks, both ancient and modern, near the Turks and Caicos Islands is truly shocking. The Turks and Caicos National Museum estimates more than 1,000 ships sunk in the surrounding waters. And yes, while most of them were not transporting anything particularly exciting or unusual, that number does include a few sunken treasures.

The Molasses Reef shipwreck is the oldest European shipwreck to be excavated in the Western Hemisphere. The Turks and Caicos National Museum has dedicated an entire floor to this mysterious boat. Although it has been partially excavated, the ship’s mission and history remain unknown. Treasure hunters discovered the wreck in the 1970s, after it had rested undisturbed beneath the waves for nearly 500 years. While some have speculated it was one of Christopher Columbus’s ships, La Pinta, that theory has been disproved.

The artifacts found on this ship suggest that it sunk sometime in the late 15th or early 16th century. While most of the boat decomposed before it was discovered, from the bits that remained experts concluded it was a caravel style vessel from Spain or Portugal. Caravels were small, fast and exceptionally agile ships designed for exploring rather than hauling large amounts of cargo. In addition to sections of the wooden hull and metal pieces of the ship’s rigging, divers recovered cannons and shot, surgical implements, carpentry tools,  bowls, jars and tailor’s scissors from the wreck. 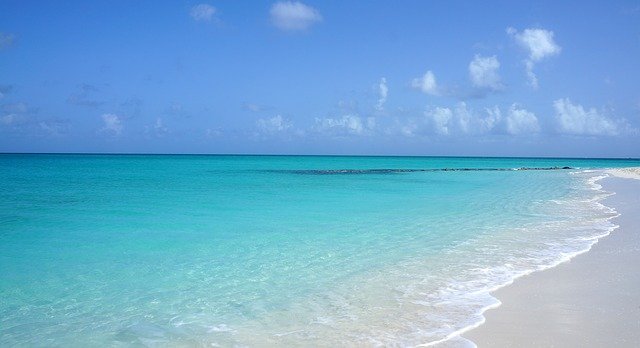 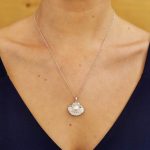 Much of the wreck still lies below the sea, some of it buried in the ocean floor. Treasure hunters and archaeologists might seem at first glance like they have much in common. In reality, they are enemies. Archaeologists advocate for leaving shipwrecks undisturbed, but treasure hunters are eager to explore and take what they can. Archaeologists have a very good reason for leaving boats on the ocean floor. Items that have sat in sea water for years will decompose quickly when air hits them, unless experts can preserve them. So it makes sense to leave things as they are until the resources to care for them properly are available. 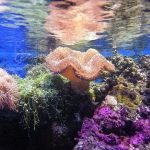 Another reason to leave shipwrecks alone is that they are often the final resting places of those lost at sea. Humans of every culture are horrified by anyone pillaging graves, and many shipwrecks are indeed underwater tombs.

Treasure hunters destroyed some of the wreck at Molasses Reef in their quest for loot. The world will never know what was lost. Perhaps the name of the ship could have been discovered had it been left for experts. As it is, it is unlikely we will ever know the details – who piloted the ship, where it was from or where it was going. Looking on the bright side, it joins many other mysteries of the deep. We will never know the real story, but we are free to imagine all the possibilities!