Back
Sea Lion vs Seal: What is the difference?

Sea Lion vs Seal: What is the difference?

What is the difference between Sea Lions and Seals? If this question caught your attention, you’re probably one of us that wonders what the difference is between these two cute mammals.

Sea Lios and Seals are not the same animals. Cuteness and heart thieves are common traits of these lovely creatures. However, there are some distinct differences between the two.

You may also like: The powerful symbolism of the whale tale.

Leaving all the technical explanations aside, we can say that the difference between the two is anatomical and behavioral. Ears and flippers are different, and while sea lions are noisy, seals are much quieter.

So in this blog post, we will walk you through the main differences between Sea Lions and Seals. Let’s jump into it? 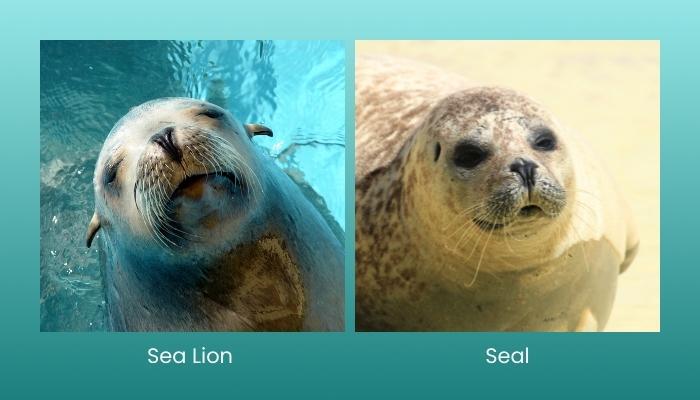 Seals, Sea Lions, and Walruses are marine mammals classified as Pinniped. Pinniped refers to animals with fins or flippers on their feet. It is a term for sea mammals with back and fore flippers.

They have thick layers of blubber, large flippers, and long whiskers. This suborder has around 33 species divided into three separate families: earless seals (phocids), eared seals (otariids), and walruses (odobenids). 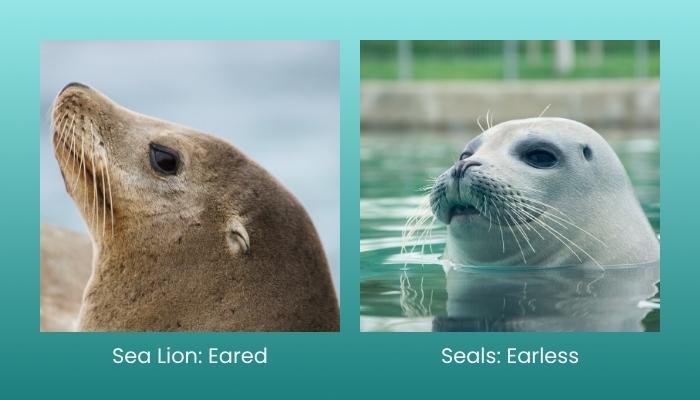 So technically, Sea Lions and Seals are in the same taxonomical suborder. However, they belong to different taxonomical families, which gives them different behavioral, anatomical, habitat, and mating differences. 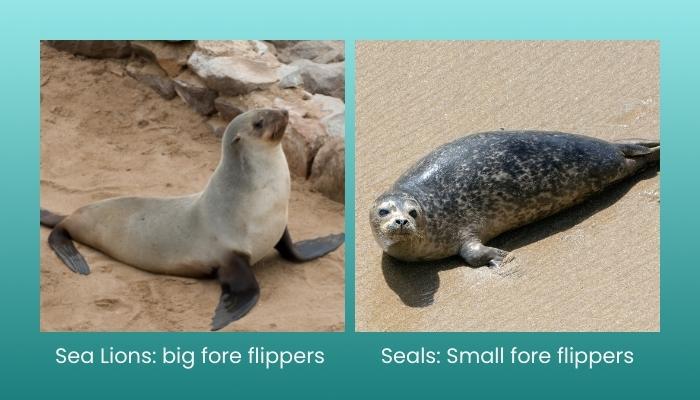 Among Pinnipeds, the most notable anatomical differences are the ears and flippers. While one has visible ear flaps, the other has ear holes. Seal lions weigh between 220-2,200lbs, while seals weigh between 99 and 7,100lbs.

Earless Seals or True Seals belong to the Phocid family. You can visually identify them by their flippers and lack of ear flaps. They don’t have ear flaps but rather ear holes. The lack of ear flaps makes Seals more streamlined in the water.

Eared Seals belong to the Otariid family. Sea Lions and Fur Seals are part of this group. You can recognize them by their flipper and ears. 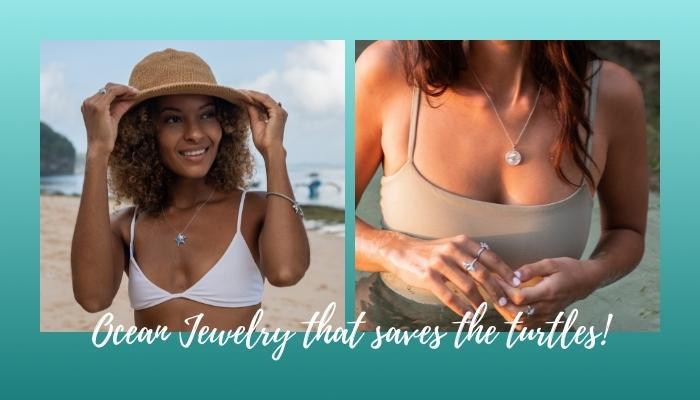 Apart from the True Seals, this group has external ear flaps. Eared Seals have much bigger frontal flippers, which allow them to walk on land. To swim, they use their front flippers.

You may also like: Octopus Symbolism & Meaning: Totem, Spirit & Omens.

Walruses belong to the Odobenids family. They have mouths that look like a vacuum. It allows them to suck up shellfish from the bottom of the sea. Thanks to air sacs on their necks, they can also float effortlessly. 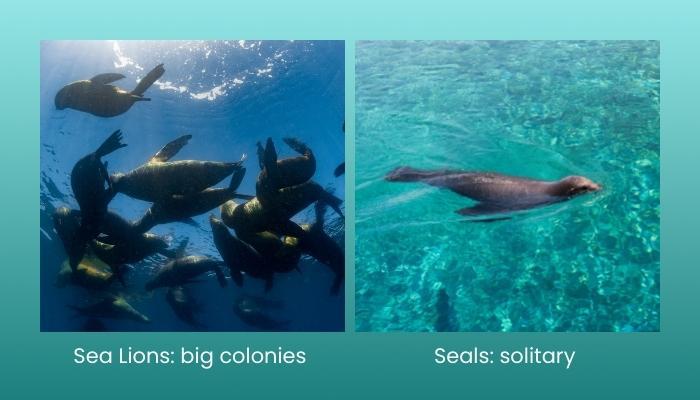 It is fair to say that these two species enjoy spending some time in the water. However, Seals are fitter for water living. Sea Lions, however, can walk or galumph, which makes them fitter for land.

You may also like: Ocean of love – Meet the 8 Most Romantic Sea Creatures.

When it comes to communication or vocalization, there are some stark differences. While Seals are quieter and vocalize with soft grunts, Sea Lions are noisy.

Finally, Seals are not as social as Sea Lions. They are more solitary creatures that spend more time in the water. Once a year, they come to the shore for mating. In turn, Sea Lions live in larger colonies or rafts (up to 1.500 individuals). 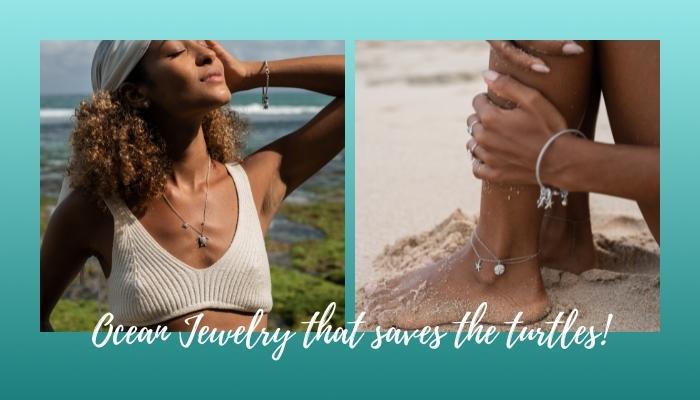 What can we take from this post? Sea Lions and Seals are not the same animals. Although they are part of the same taxonomical suborder, they belong to different families. Their main difference is between their appearance, size, how they move, and lifestyle.

So next time you go onto a maritime tour and see either a Sea Lion or a Seal, show off your knowledge and explain to your peers which animal they are looking at and why they are different.