Back
Romance at Sea: How 3 Sea Creatures Do It

Romance at Sea: How 3 Sea Creatures Do It

We know the ocean is a romantic magnet for us humans. Couples enjoy walking on the beach, romantic cruises and the like. And when it doesn’t work out, we tell ourselves there are plenty more fish in the sea. But what about those fish? It turns out they can be pretty romantic too, and some of their courtship rituals are a bit familiar.

All of the creatures in the sea are amazing, but these three really stand out for their amusing love lives. Do they sound like anyone you know?

Manta Ray Have the Moves 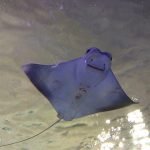 Manta ray romance is a bit like a disco or school dance. Females release a pheromone when they are ready to mate, which brings all the boys to the yard. She then speeds off, leading them all on a chase while she dances, twisting, turning and flipping through the water. 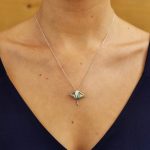 It’s an endurance test for the males, who grow tired and drop out one by one. When only the strongest one is left, she slows down to mate. It’s the opposite of people seeing who is left in the bar at closing time. Or maybe we should revisit the way we see that scenario… 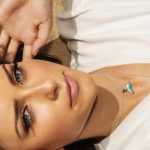 Everyone loves a good love song, including whales. Whales are famous for their ‘singing’, and humpback whales use song to woo a mate. Researchers think that their songs are more than just pretty noises. One theory is that these whales have sophisticated enough vocal communication that they can tell each other a bit about themselves in their mating songs, sort of like a musical personals ad.

But plagiarism plagues whales, and some will copy another’s really good song to win over their desired mate. 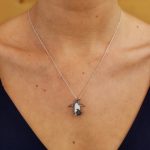 They look ready to waddle down the aisle, but first penguins have to propose. And they do that with a rock – not the kind of ‘rock’ we see on engagement rings, but an actual rock. We know that penguins do rate rocks the way we might assess an engagement ring because some males spend time searching for just the right one while others will swipe a rock another penguin has found. 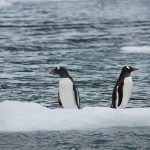 Rocks are significant because penguins use them to build their nests, so males try to impress by finding the smoothest pebbles for a comfy nest. If the female likes the rock offered, she will take it an add it to her nest, accepting her forward-thinking suitor.

We can all take some romantic inspiration from these sea creatures this St. Valentine’s Day. Who doesn’t enjoy a bit of song and dance and a carefully selected pretty gift? If you’re looking to impress, look no further than the ocean.