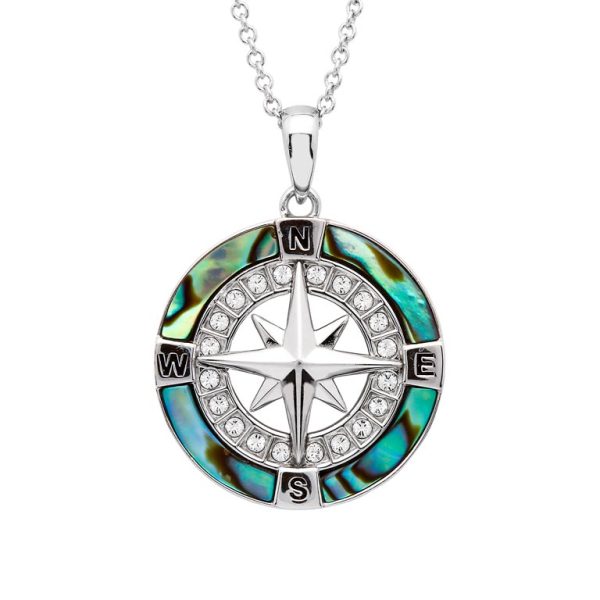 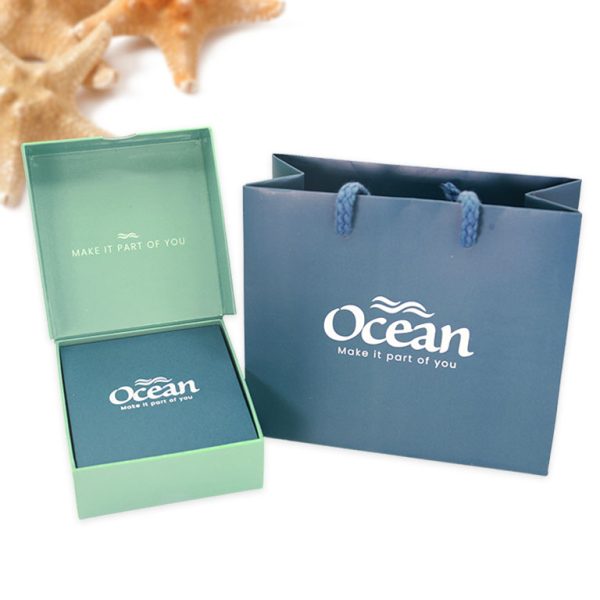 Crafted in sterling silver, inlaid with paua shell and embellished with Swarovski® crystals, this pendant is worn on a slim silver chain passing through a plain bail. In the middle are eight plain silver pointers – four long, four short – for the eight directions. Next is a ring of clear and sparkling crystals. Finally comes a goregously multicolored paua shell ring divided into quarters by four black crystals that also imitate direction points. As the compass symbolizes correct navigation and the paua shell signfies protection, this beautiful necklace has a protective and guiding influence on the wearer.

The Paua Compass Pendant Necklace has been crafted in sterling silver and adorned with paua shell slices and Swarovski crystals. Its compass-look pendant slung on a plain silver chain features an outer ring of paua shell slices and black crystals to indicate the four directions. Next is an inner circle of plain crystals with direction needles in the center. Beautiful to look at, this necklace symbolizes following the right path in life.

The Multi-Hued Sunset Horizon Necklace is a vibrant piece of jewelry for those who like their jewelry to make a statement.

The Blue Compass Pendant Necklace is an alluring oceanic-themed accessory for the lady wth sense of adventure in her spirit.

The Blue Sailboat Pendant Necklace is such a charming accessory that you will wish to wear it every day.