The greatest treasure ever discovered in the ocean wasn’t found in a pirate’s treasure chest. The most dazzling gem ever found in the sea was made right there, beneath the waves. Pearls are created when a tiny bit of sand gets stuck in an oyster’s shell. It irritates the oyster, who then produces a nacre to coat the irritant. Layer after layer of nacre builds up, creating a larger and larger pearl over time. Pearls are unique among gems because they develop underwater instead of in the earth. They have their own distinctive shine very unlike the sparkle of diamonds or other gems.

Once upon a time, divers braved the waves in search of oysters harboring the coveted pearls. But these shining white gems have always been rare. Divers could search for years without success. Pearls were once so rare that only royalty wore them, and some royalty used imitation pearls because not even they could command enough of the gems to adore their jewelry and crowns.

Happily, pearls are bit easier to find these days. In the early 1900s, a Japanese pearl lover developed a technique to create pearls in farmed molluscs. This is why pearls became so popular in the 1920s. The flappers indulged their love of pearls with long rope necklaces as soon as the gems became available and affordable. Now, pearl lovers can simply go shopping for jewelry instead of desperately trying to marry into a royal family!

Because they were once worn exclusively by royalty, pearls exude a regal, refined aura. Always elegant, pearl jewelry is suitable for both formal and everyday wear in daytime or evening. But what do they mean? The ideal pearl is perfectly round and luminous white. It looks like the moon, and pearls have a long history of being associated with the moon. In turn, the moon is considered feminine in many cultural traditions, so pearls tend to be viewed as a very feminine gem.

Because they are white, pearls have long been considered a symbol of purity and pure love. That is part of why pearl necklaces are so popular with brides. Pearls are also popular for girls making their  first holy communions and confirmations. Ironically, this gem also symbolizes fertility.

Pearls are the perfect gem for anyone who loves the sea because they are such a fitting symbol of it. And to bring their symbolism full circle, the moon is strongly linked to the sea in both myth and science. It influences tides, and probably even without understanding exactly how our ancestors around the world knew that.

June has three birthstones: pearl, moonstone and alexandrite. Pearl is also the traditional gift for the 30th wedding anniversary. But pearls aren’t just for special occasions. Just as they can be worn every day, pearls can given on any birthday or for any reason at all, even just to say ‘I love you’.

Necklace with pearl pendant would be the ideal gift for any pearl admirer!

Why do we love Penguins? | 5 reasons why they’re awesome!

How much do you know about Penguins? Why do people love them so much?

A vacation that led me to my first submarine trip and showed me the beauty and charm of the Deep Ocean for the first time. 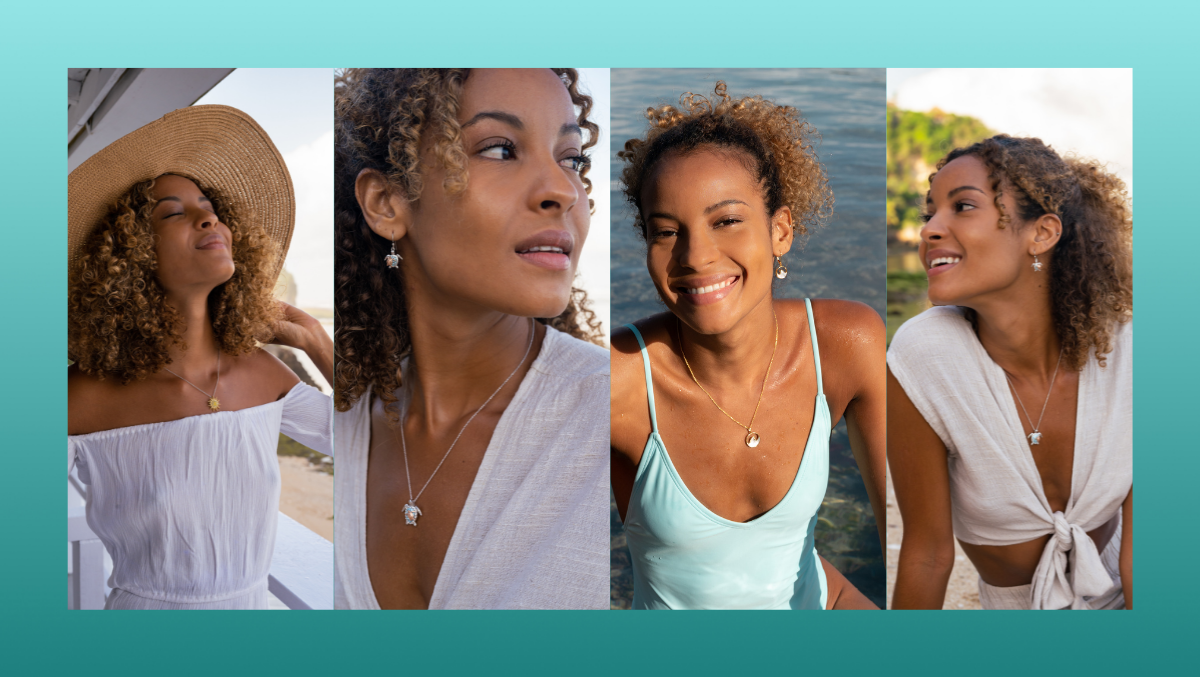 Choosing the right Ocean Necklace for each neckline + Bonus tip