If you are a Netflix fan, you probably have seen or at least glimpsed at the documentary “My Octopus Teacher”. In the documentary, a filmmaker forges an unusual friendship with an octopus. As the octopus reveals the mysteries of its world, the filmmaker shares what he has learned from its Octopus friend.

The documentary is a fascinating perspective of the Octopus universe. The show reveals how much we can learn from this magnificent creature: versatility, competence, compassion, intelligence, awareness, regeneration, and eternity.

Although the documentary gives an idea of something new, people have been fascinated with this creature for years. Octopuses are present in every ocean, making them a subject of myths and folklore from cultures around the globe. People feel a deep connection to this creature, and when watching the Netflix series, we understand why.

Some people consider Octopuses a spirit animal full of magnificence and intelligence. This quick overview will guide you through the meaning and symbolism of the Octopus. In the end, you may also fall in love with this magical creature. 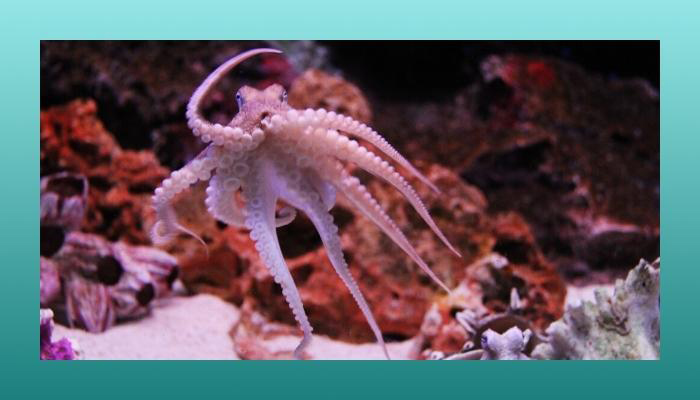 Of all invertebrates, the Octopus is perhaps the most intelligent. This ocean creature features distinct traits and striking behaviors that hold meaning for many. Popular beliefs and ancient mythology give the Octopus deep meaning and symbolic qualities. That are versatility, agility, altruism, intelligence, awareness, regeneration, and infinity:

Versatility: A king of disguise, Octopuses are full of ploys to pass unnoticed by predators. Not only that, but they also have many tricks up their sleeves to escape if the disguise gets spoiled. Like Seahorses and Flounders, Octopuses change color to blend into their environment. Their ability to change shape also allows them to pretend to be other creatures, such as sea snakes.

Agility: From king of disguise to multi-task masters, Octopuses are creatures that display impressive agility. They use their elaborate mouths with tool-like features to break open shells that hide juicy prays. They also have many arms that are powerful and flexible, which enable them to grab and do different things at once. If not enough, each tentacle has many limbs like mini-brains, allowing them to sense their surroundings.

Altruism: Mother Teresa of the sea, octopuses symbolize generosity, selflessness, and self-sacrifice. Both male and female octopuses teach us to put our selfish desires apart for a better cause. After the breeding season, the male octopus dies, and his female mate needs to protect the eggs alone until they hatch. She will stay and defend the eggs even if it means no food or fatal encounter with predators. 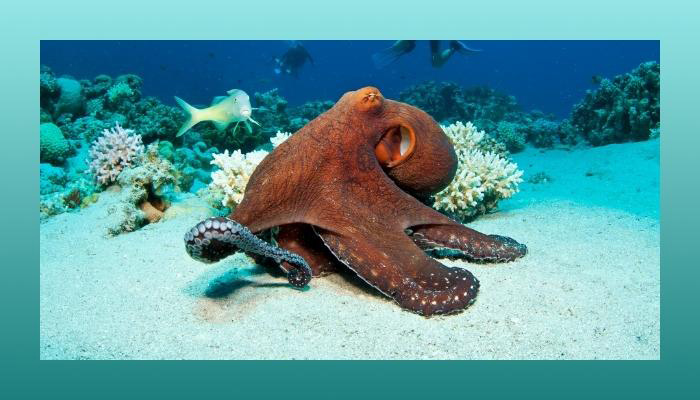 Intelligence: This big-headed invertebrate has many neurons that work in a very sophisticated manner. Octopuses are clever and exhibit elaborate behaviors that demonstrate strategy and forethought. It is as if they can solve puzzles and find their way through mazes. This brainiac can always figure out a way to attain what they desire.

Awareness: Octopuses, as we mentioned, have many neurons in their tentacles, and these intriguing suckers are astounding and worth the remark. Over 10,000 neurons make the octopus an exceedingly sensitive animal. This impressive feature makes the octopus a symbol of awareness or illuminated perception.

Regeneration: There are only a few animals that can regenerate lost parts. In the reptile world, we have alligators that can regrow their tail. Among sea creatures, we have the starfish and the Octopus, which can regrow arms and tentacles. This astonishing capacity makes this animal a symbol of regeneration and healing. 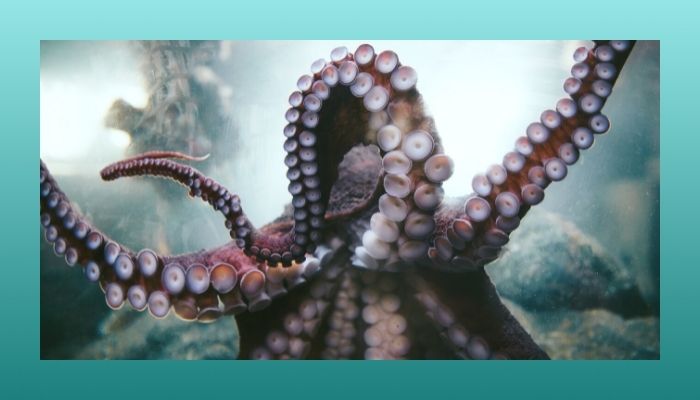 Ancient cultures created all the myths and folklore that shape most of our beliefs and actions to date. Most of those myths emerged from the unknown and our ancestors’ inability to understand nature and natural occurrences. Sea creatures played a big part in their imagination, and they gained distinct meaning in different cultures.

You see, when we read mythology books, ocean creatures are sometimes portrayed as sea monsters. Other times, they receive mentions that do justice to their magnificence. Octopuses are no different, and in different cultures and popular beliefs, they receive different meanings and symbology.

Celtic mythology, for example, describes octopuses as evil creatures. On the other hand, Native American tribes of the Pacific Northwest believed the Octopuses were intelligent and trickster creatures. In countries like Japan, octopuses are represented by their healing capabilities and powers.

The fascination with this powerful animal goes from ancient mythology to popular culture. So much so that people mark their skin to express the octopus power.

Sailors often get octopus tattoos to represent their connection to the sea. Other people use it as a reminder that they survived dangerous situations. For them, the tattoo represents intelligence, strength, and resilience. 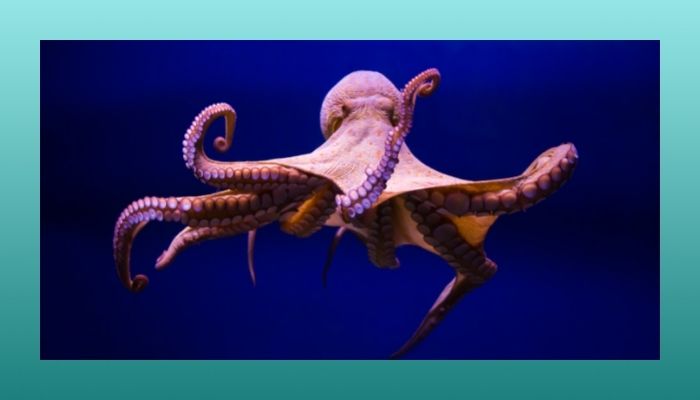 Many people have the octopus as their spirit animal. Those people are usually full of natural aptitudes and unique skills that push them to accomplish their aspirations in life. The Octopus spirit reminds us to never focus on our limitations and instead use our creativity to overcome obstacles.

When having the Octopus as your spirit guide, you have an extraordinary capacity to adapt and manage any circumstances. Where others fear or oppose change, you embrace it with passion and determination. 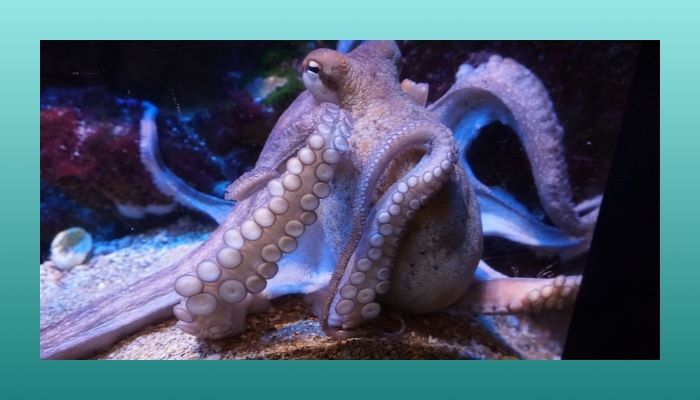 As a powerful animal, the octopus enables you to use your innate intelligence to overcome any difficult situation. It reminds you that your flaws don’t limit your ability to overcome challenges. The Octopus power animal guides you to a road of self-expression. It enables you to articulate your feelings in any given situation.

A great way to remind yourself of the qualities of this power animal is to get yourself an Octopus totem. An animal totem encapsulates the powers of the animal it represents. It keeps the animal spirit closer to remind you of its qualities.

Learning from our Octopus teacher 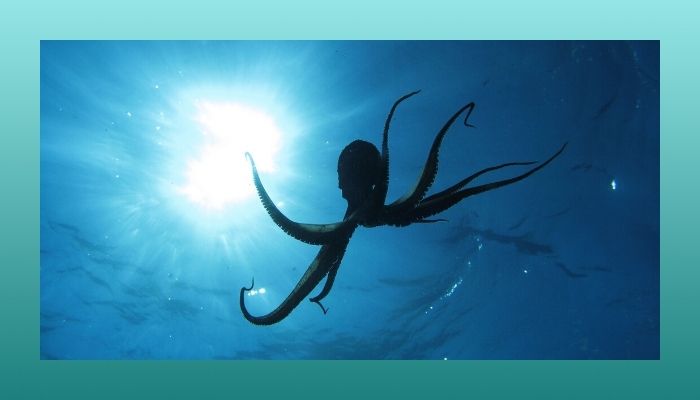 Octopuses are creatures that display incredible flexibility, creativity, intelligence, and psychic ability. The octopus symbol represents our ability to overcome challenging situations with creativity and intelligence. The Octopus reminds us to express ourselves even if our instincts say otherwise.