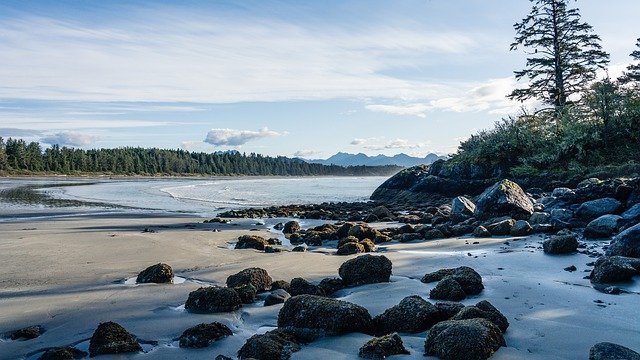 It’s no secret that the Duchess of Sussex has a deep love for the sea. She’s a California girl, after all, born and bred. She grew up at the glorious, sunny beaches of Southern California. How could she not love the ocean? Last year, she and her husband Prince Harry expressed their support of the Mozambique-based charity Love the Oceans. She must have been delighted when she received a stunning whale tail necklace from First Nations artist Hollie Bartlett during her January visit to British Columbia, Canada, where she visited women’s groups including Justice for Girls. The pendant is a stunning gold design, and it looked perfect with the cream sweater she wore on the day. 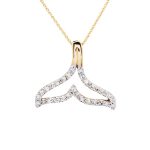 That hasn’t been Meghan’s only instance of fashion inspired by her love of the ocean. More recently, she was spotted with a bag from Prada made of recycled plastic waste retrieved from the sea. What a beautiful and practical thing that is! On the same occasion, she was wearing shoes by Rothy’s that incorporated plastic recycled from bottles.

It’s a powerful reminder to all of us of how powerful the choices we make every day are, even if we aren’t shopping at Prada.

These true fashion statements say a great deal about the state of the ocean and the importance of protecting it. A whale tail necklace or other piece of ocean jewelry is a beautiful way to keep the sea on our minds even if we don’t visit it often. Sometimes a nice visual can encourage us when we are working to change our habits to be kinder to the ocean. Perhaps Bartlett chose the piece knowing how much Markle values the ocean. Maybe she seeks to raise awareness through her work too.

The Tale behind the Whale Tail Necklace 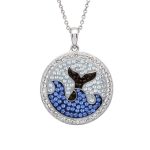 The jeweler who crafted the piece is a member of the Haisla tribe. The tribe is comprised of several clans, each of which has its own animal symbol. Bartlett is a member of the whale clan, and their crest features a whale. Bartlett personally selected the pendant for the duchess, so perhaps it was a very personal welcome to Canada, where the Sussex royals intend to make their new home.

The Haisla people have some legends about whales, being a coastal tribe. In one, a woman falls in love with a whale and swims out to sea with him. She refuses all demands to return to the land. One day, her brother swims out to visit her. He tricks her and while the whale husband sleeps, he brings the woman back to land. Upon awakening, the whale pursues the boat. When he reaches the shore, the tribespeople are waiting to kill him.  In time, the woman has a whale baby. A first, the tribespeople adore the tiny whale. But he grows and grows, and eventually his mother must return him to the ocean, where he too is killed. 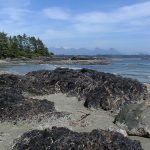 In another Haisla legend, a powerful hunter is abandoned on an island by his jealous in-laws. While there, he healed the ailing king of the sealions. In return, he was granted magic powers. He carved wooden whales, which then came to life and killed his in-laws in revenge.