Back
Interesting facts about dolphins

Dolphins really are the superstars of the sea. They have headlined in television shows and films. The movie Flipper was so successful in 1962 that it became a television series and ran for three years. Free Willy was a blockbuster when it was released. And in Ireland, a dolphin known as Fungie became massively famous without even having his own show. His friendly, playful antics first charmed locals and then drew tourists from around the world. Clearly, people love dolphins. But why? 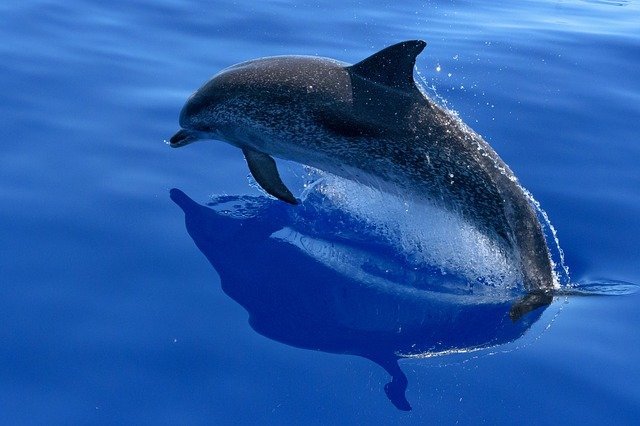 Bottle-nosed dolphins are the ones we see the most, but there are more than 40 distinct types of dolphin. That includes the orca, aka the killer whale, which is not a whale at all. Most dolphins live in the ocean, but five types are fresh-water dolphins that live in rivers. They have an amazing role to play in telling us about conditions in their rivers. If the dolphin population is healthy, it is a safe bet the river is healthy. But if the dolphin population is sickly or dwindling, that’s a sure sign of damage to the environment. 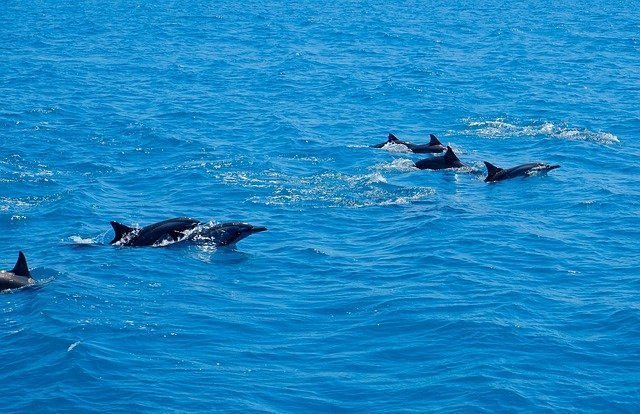 Dolphins synchronize their movements with each other sometimes, and they play in the wake of boats that pass by them. Spy-hopping is the movement where they jump straight up out of the water, staying vertical, to get a good look around. Dolphins navigate using their sight, hearing and echolocation, which is the same sense bats use, where they detect sound bouncing off of solid objects. 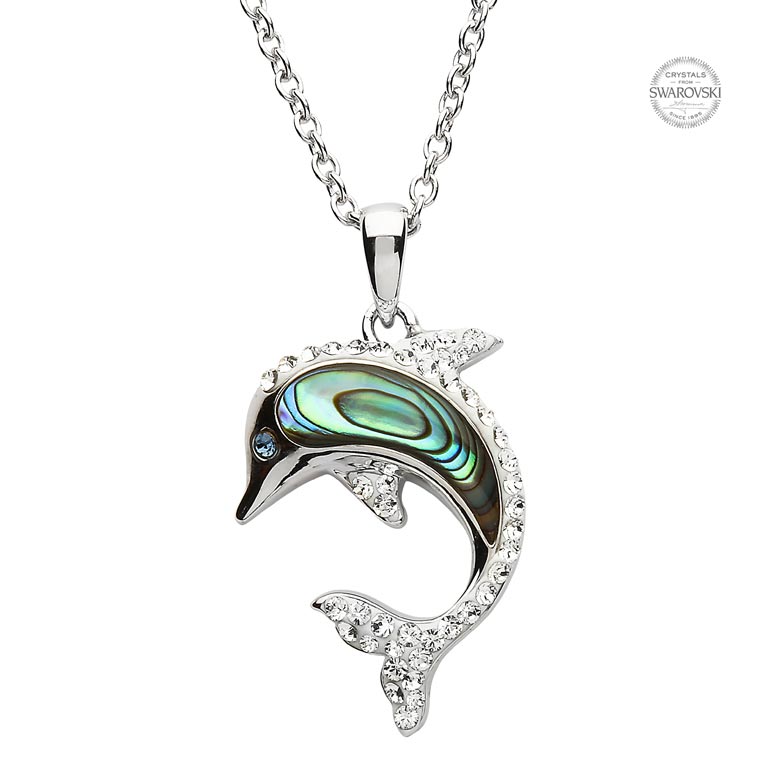 Precious dolphin necklace would be the perfect choice for any dolphin lover!