Back
Eight Romantic Novels to Read at the Beach

Eight Romantic Novels to Read at the Beach

We still have a few more weekends of ice cream, sun tans, and calm ocean swims ahead of us. So, what better way to enjoy the sound of low tides and seagulls calling than with a good book? We’ve compiled a list of cheesy beach reads.

Four are set by our favorite natural element: the Ocean. The other four are romance novels trending in 2022, but with a dash of summer.

Before we begin, we should mention that you don’t have to be near the ocean to read these novels. Enjoy them in your backyard or while dipping your toes into a local swimming pool.

In no particular order, here are eight love stories we love:

Beach romance novels to read at the beach

Jane by the Sea 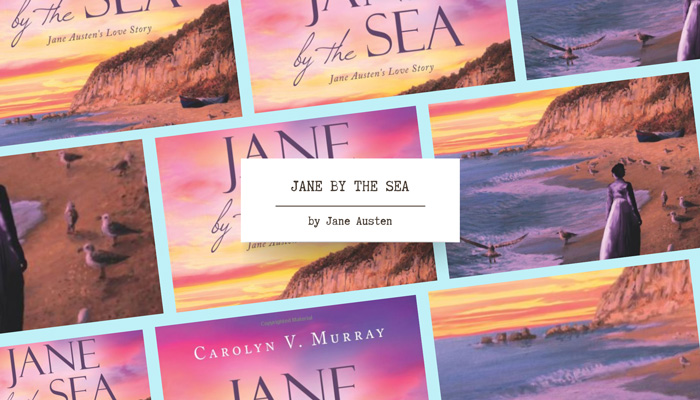 Jane is a young woman who is headstrong and exceptionally creative. The book takes us through the life of a young Jane who rejects love because of a heartbreak she experienced at the age of 21.

She decides that the idea of love isn’t worth it. So, she begins a life of spinsterhood until Lieutenant Barnes arrives. He, against all odds, refuses to be warned off by Jane’s stubbornness.

Because of this, Jane’s dislike for men begins to fade, and she decides to give love another chance. We’re particularly impressed by how Carolyn Murray turns a real-life story into this beautiful romantic novel. This book is a definite page-turner. 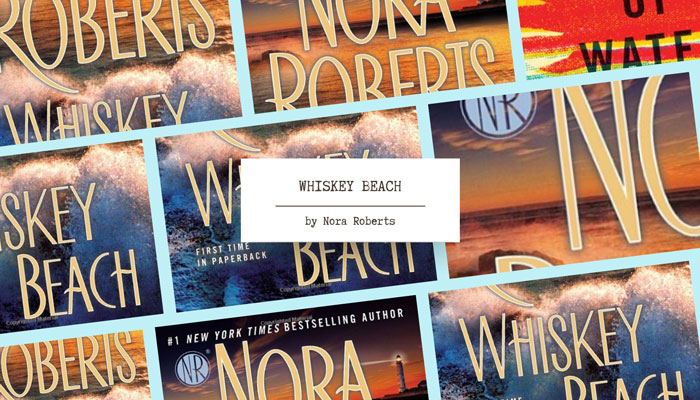 Another page-turning book to read is by none other but the queen of romance, Nora Roberts. She tells a touching story about two individuals who learn to become vulnerable.

Their story unfolds in a place called Bluff House – an old house of over 300 years old watched over a beach named Whiskey Beach. Eli’s beloved grandma owns the beach and is recovering from a severe illness in Boston.

Due to suspicion of the death of his soon-to-be ex-wife, Eli, a Boston attorney, has taken refuge in the small town for almost a year. And although his grandma is away, Abra Walsh, the housekeeper, yoga instructor, jewelry maker, and massage therapist at Whiskey Beach, is present. She helps him get his life back on track.

But as they connect, they discover they are bound in a centuries-old web of history that leaves them both stunned. 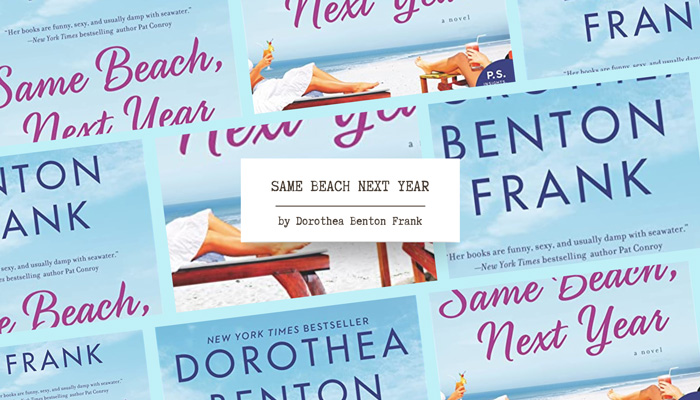 On to more contemporary romance and seaside love stories, this book by Dorothea Benton Frank is the perfect antidote if you’re seeking a thoughtless escape from real life.

It tells the story of a couple who meet by chance one summer at a beach in the Isle of Palms, one of Charleston’s most beautiful barrier islands. Interestingly, Adam Stanley and Eve Landers, who had dated briefly in high school, are reunited. And so, an innocent reunion rekindles the love the pair once had.

Their partners, Carl and Eliza, aren’t perfect, but they’re also not bad people. They flirt and cross a few lines over the book’s roughly three decades, but their major flaw is their complete and utter obsession with themselves.

Perhaps if they had paid more attention to their lives in the present rather than their outward appearance, they would have noticed the cracks in the facade about to burst open and reveal the rot beneath. 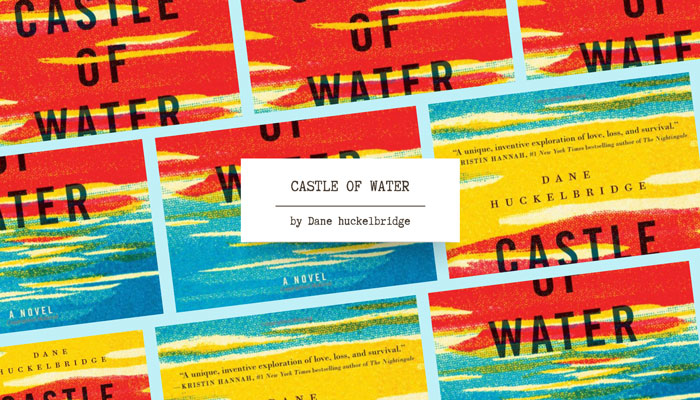 If you’re looking for something a bit conventional, this tops that list of our summer reads. In this not short story by Dane Huckelbridge, we experience the many turns the process of falling in love takes.

We’re taken into the lives of two very dissimilar people – Barry Bleeker and Sophie Ducel. Barry used to work as an investment banker in New York, but he recently decided to pursue art instead. Meanwhile, Sophie was a French architect preparing a once-in-a-lifetime honeymoon with her husband, Etienne.

The duo is bound by condition as they are the only two survivors of an unfortunate plane crash in the South Pacific. Stuck on a small island, they will need to put aside their differences and learn to rely on one another. That is, if they ever want to return home.

This book makes a perfect romance novel for couples. It deals with various life issues beyond survival.

2022 summer romance novels to read at the beach 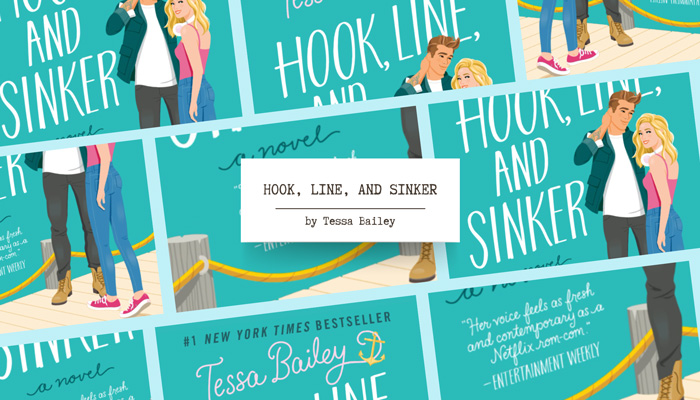 Hook, line, and sinker tell the story of how a bad boy – Fox Thornton, changes his ways because of love.

He meets Hannah Bellinger, immune to his charm and attractiveness, but she loves his… personality? And wants to be friends? Bizarre. At first, Fox, fearing hurting her, decided to take the friendship route instead.

On the other hand, Hannah has nurtured a crush on her co-worker. So, to get his attention, Fox decides to help. But the more time she spends with Fox, the more she finds herself attracted to him instead.

Hannah cannot deny that she adores Fox. Still, she has no intention of becoming merely another notch on his bedpost when the boundaries between their friendship and their flirtation continue to blur.

This has to be one of our best romance novels, as it has all the twists and turns that keep us glued. 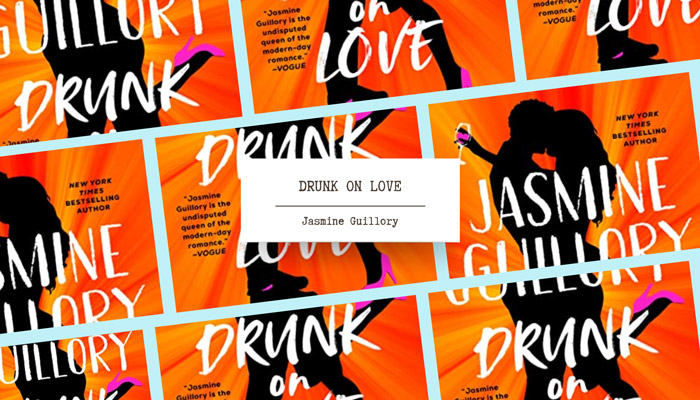 Jasmine Guillory has become an icon in the contemporary romance novel space. In this romance novel for ‘adults,’ Jasmine proves that wine might be the taste of love.

A one-night stand turns into what might be a riveting love story. Margot, who manages a winery with her brother, seeks action in her life. And so, she goes out of character to have an unforgettable night with a charming stranger. Unknown to her, this man turns out to be the newest employee.

Margot is resolved to keep things professional. But she finds it much more complex than she anticipates when their every interaction reminds her of the attraction still seething between them.

On the other hand, Luke had just abandoned his high-paying tech job in Silicon Valley out of burnout. He deals with family pressure and a pretty uncommon career shift. But, even more, the affection he begins to develop for Margot. 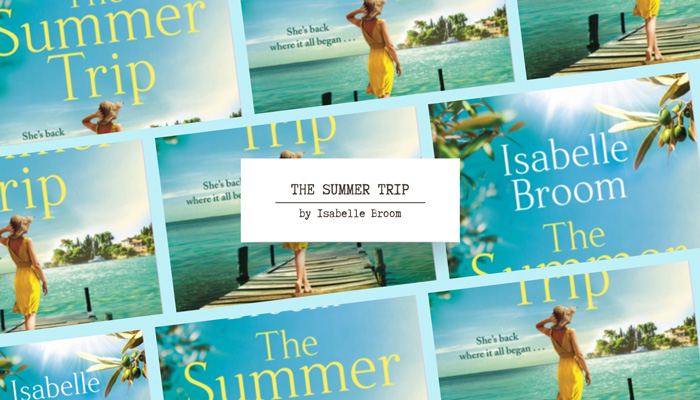 In this story of self-discovery, Ava finds herself in a place of utter loneliness. Single and about to send her daughter to college, she takes a trip.

It’s been 18 years since she spent the summer on the Greek island of Corfu, but she has never forgotten what happened during those months – or who she left behind.

When Ava decides to spend the summer in Corfu, she is forced to confront the island and the people who broke her heart. But with old resentments festering, long-buried secrets lurking, and familiar feelings resurfacing, it looks like a holiday that will forever change her life.

Isabelle Broom gives us a slice of the everyday complexities of life in this intimate novel.

You made a fool of death with your beauty 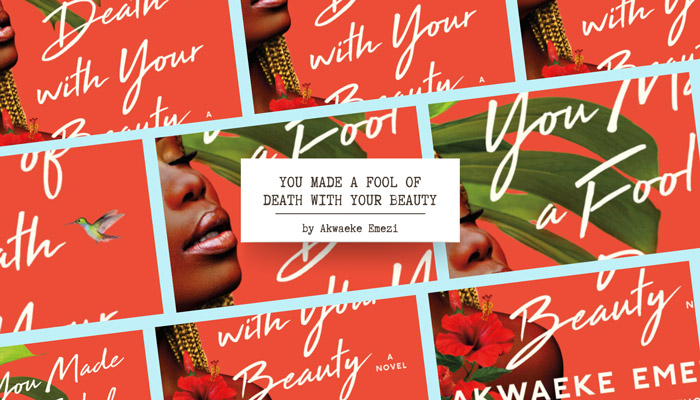 We saved the best for last! Akwaeke gives us a steamy romance with this book. Feyi Adekola, the main character in this novel, is set to find joy despite a sad life.

After five years after the accident that took the love of her life, she’s almost a completely different person now. She is now an artist with her own studio and lives in a brownstone with her best friend, Joy. Joy is insistent that Feyi get back out there and start dating again.

Feyi isn’t interested in anything long-term, but a steamy encounter at a rooftop party sets in motion a summer she’ll never forget. She later begins to date the right man, but their budding romance is in danger of being derailed by her interest in the one man who is off-limit.

Her life becomes more complicated than she had anticipated.

The vivid and passionate prose of Akwaeke Emezi transports us to a world of hope and healing, where the constant bravery of choosing love despite the odds is the only option.

We hope you enjoyed this compilation as much as we loved writing it. While you’re still basking in the heat, we hope these books keep you company. If you’re looking for more content inspired by the ocean or summer in general, have a peek into our blog. We’re sure there’s something there for you.