Dolphins are friendly, smart and playful. They have a language of sorts made up of clicks and whistles. Scientists believe they even have names, specific whistles that identify individual dolphins. The world of the sea is strange and mysterious; perhaps we love dolphins so much because they are the creatures there that are most like us. They are mammals, after all, and they must come to the surface for air. Many ancient cultures around the world have legends about people transforming into dolphins and vice versa.

China was once home to a species of river dolphin, the baiji, which is tragically now believed to be extinct. According to an ancient Chinese legend, a princess refused to marry the man her family chose. Her father felt she shamed the family, and he was so incensed that he drowned her in the Yangtze River. She was then reincarnated as a dolphin and considered a goddess. Cambodia has a similar legend about a young woman who escaped a marriage arranged by her family by jumping into the ocean, where she immediately transformed into a dolphin. 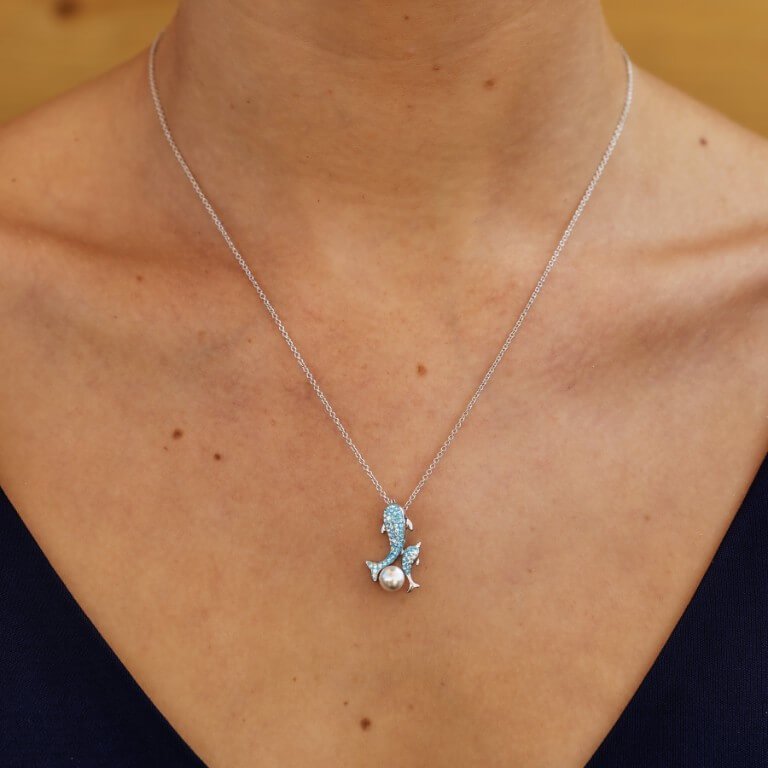 Many native American tribes along the Pacific coast have legends of people transforming into dolphins and dolphins becoming human. The Chumash tribe of what is now California have an origin story involving dolphins. Their goddess Hutash created a rainbow for them to use to cross the sea from their island to the mainland because she wanted them to move to a larger place. As they crossed, some of the children looked down at the ocean from their great height. They became dizzy and fell off the rainbow into the water. Hutash saw their parents’ heartbreak, and as the children hit the water, she transformed them into dolphins so that they would not drown. And they say that is why dolphins are so playful. Many people today feel dolphins symbolize playfulness.

Many of the tribes along the Pacific have stories of dolphins helping people at sea by guiding their canoes safely to the shore. The Maori of New Zealand also have tales of dolphins leading boats to safety and helping them through difficult parts of the sea. They call dolphins ‘water spirits’.

Dolphins symbolized helpfulness to the ancient Greeks as well, and the creatures appear in surviving artwork such as vases. They believed dolphins symbolized good luck. The ancient Greeks were a sea-faring people, and many of their myths mention dolphins helping sailors. One of the most famous is the legend of Taras. Taras was the son of the sea god Poseidon and the nymph Satyrion. One day, Taras was out on the Ionian Sea when his ship began to sink. Poseidon saw what was happening, and so he sent a dolphin to go and rescue his son. The dolphin carried Taras to the shore of what is now Italy, and the town of Taranto is named after him. 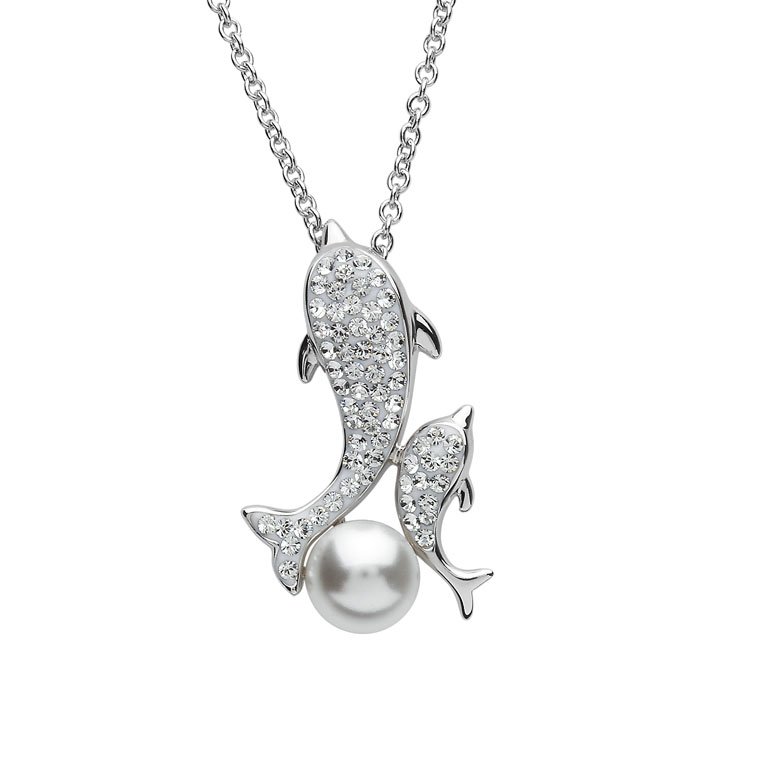 These amazing, friendly creatures get credit for more than simply rescuing people from the sea. In contrast to the tragic tales from China and Cambodia, a legend from Taiwan tells of a couple brought together by a dolphin. The lovers’s families cruelly forced them to live on separate islands until a big-hearted dolphin noticed their sadness and carried the woman across the waves to her beloved. Their families and communities then deferred to the dolphin’s wisdom and allowed them to marry and live happily ever after!

Dolphin earrings would be the ideal gift for any turtle admirer!