On the third Friday of May of each year, animal and wildlife lovers participate in the Endangered Species Day. On this day, environmental activists take action to protect wildlife at risk of disappearing from the face of the earth.

It is a day to make people aware of the high amount of animals in danger of extinction, either because of their habitat degradation or overexploitation of natural resources. According to the IUCN Red List of Threatened Species, over 40,000 species are at risk of extermination.

It represents 28% of all known species. Unfortunately, marine animals are a massive proportion of this percentage. It is estimated that 37% of Sharks and Rays, 33% of Reef Corals, and 28% of selected crustaceans are critically endangered.

There are several actions we can take to reduce these numbers. We believe it starts with awareness. Therefore, today’s blog focuses on making you aware of the most critically endangered ocean species and simple actions you can take to make a positive impact. 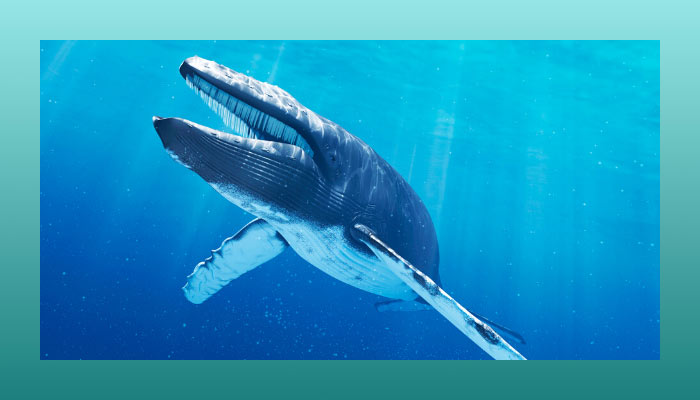 Blue whales are one of the largest animals ever to live on earth. Their primary source of food is Krill, a small crustacean found in all the world’s oceans. Commercial whaling reduced the number of Blue Whales to a fraction of what it used to be.

Today, whaling is illegal in most countries (except Iceland, Norway, and Japan) and has helped increase their population globally. The main threats for the Blue Whales are vessel strikes and entanglements in fishing gear.

You may also enjoy reading: The powerful symbolism of the whale tale 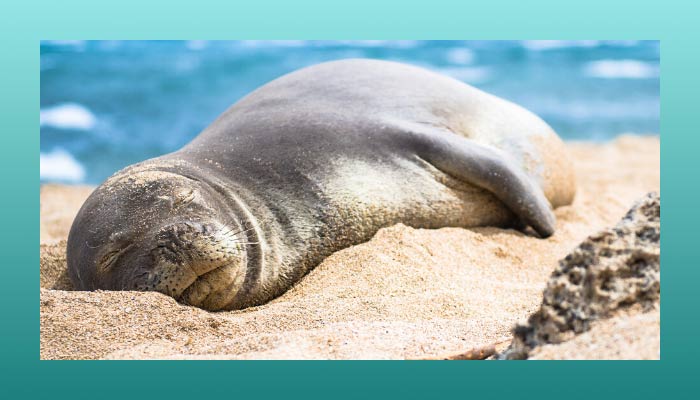 The Hawaiian Monk Seal are earless seals native to Hawaii. They are one of the most endangered groups of seals. For over ten years, their population has been declining drastically. Many factors, including the low juvenile survival rate due to less prey availability, have brought their numbers to a third of what they used to be.

The Vaquita is a category of porpoise described as one of the smallest crustaceans. Native to Northern and Gulf California, Vaquitas is one of the most threatened marine mammals, with only 20 of them living in the wild. Legal, commercial fishing (mainly shrimp) followed by illegal fishing using gillnets is the main cause of this decline. 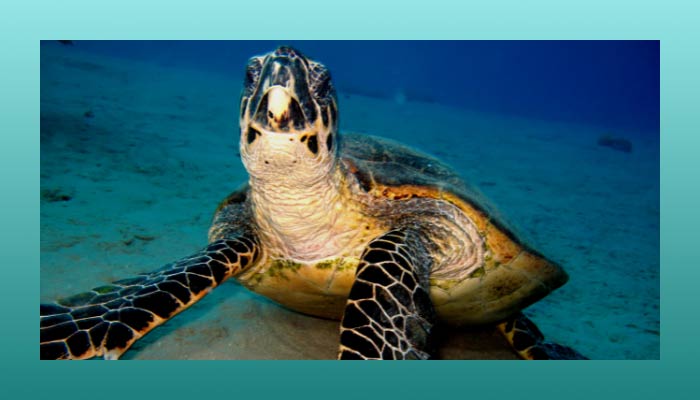 Hawksbill sea turtles are native to tropical and sub-tropical waters. They are the only sea turtle species to survive eating sponges. They have beautiful shells, making them targets to craftspeople who like to use them to create ornaments. As people hunted and killed Hawksbill sea turtles to obtain their shells, this almost drove them to extinction. 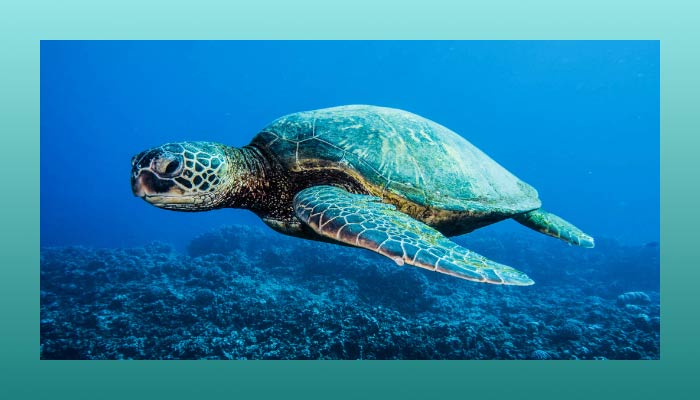 Green Sea Turtle is a large greenish (as its name indicates) animal which eats mostly seagrass and algae. Historically, people hunted and killed Green Sea Turtles to obtain their fat, meat, and eggs, which drove a massive decline in their population worldwide. However, vessels strike, recreational fishing gear, nesting habitat destruction, and climate change became a primary threat to this species. 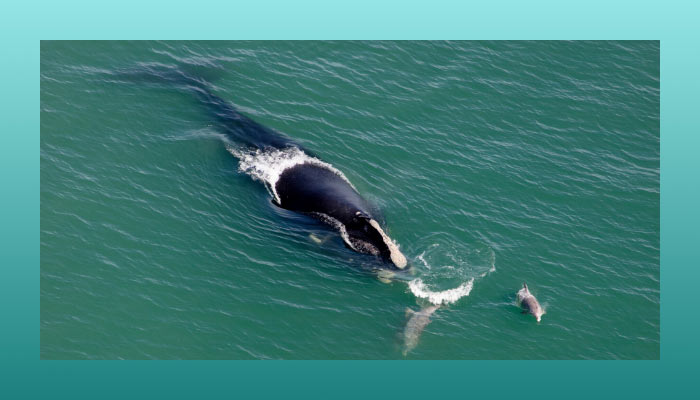 The North Atlantic right whale is a baleen whale. They tend to stay along the coast due to their calm demeanor, slow surface-skimming, and eating habits. Right whales were historically a favored target for whalers due to their high blubber content (which made them float when killed and produced significant amounts of whale oil).

Because of its long history of human exploitation, North Atlantic Right Whale is one of the most endangered whale species. Unfortunately, despite protection from whaling since the 1930s, there is no sign of its population recovery. 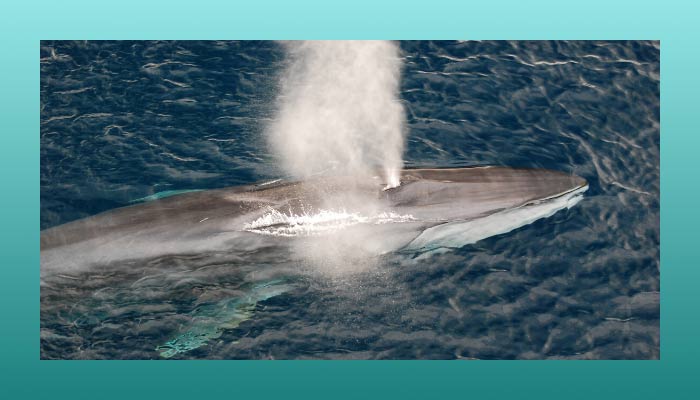 The fin whale is one of the largest whale classifications. Their name comes from a prominent fin near its tail on its back. Commercial whalers hunted fin whales, as they did all large whales, and this practice severely reduced their populations. Whaling is no longer the biggest issue for fin whales, as vessel strikes are now their biggest threat. 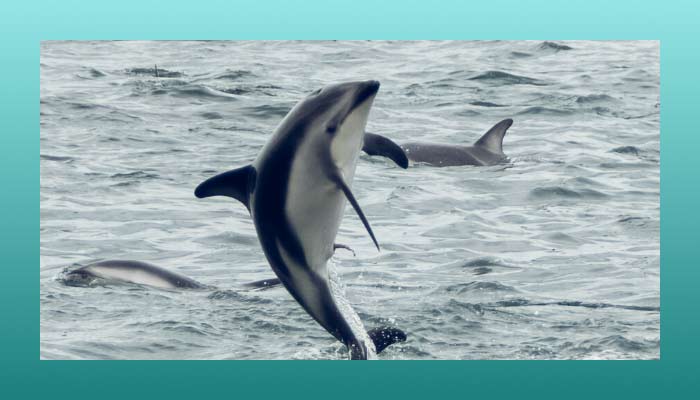 Hector’s Dolphins are the tiniest marine dolphin, known as Mickey Mouse dolphins (because of their fins). They have a prominent black mark on their face and a stocky body and live in the shallow waters of New Zealand’s coasts.

The population of Hector’s dolphins is less than a quarter of what they used around the 1970s. Fishing nets are the main threat to them, and this practice is driving them towards extinction.

You may also enjoy reading: Mating of Dolphins 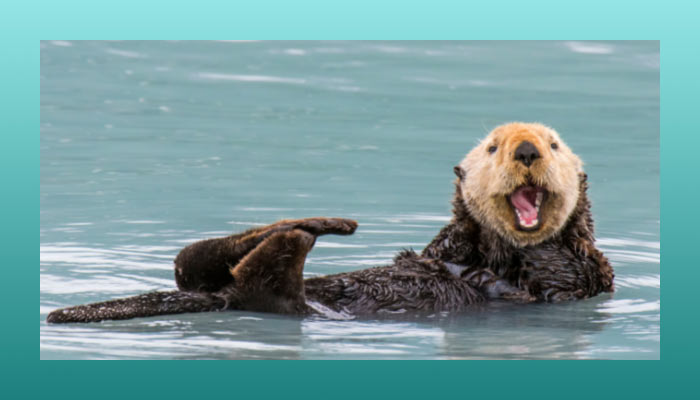 Sea otters live in shallow coastal waters. These marine mammals are native to the Northern and Eastern North Pacific ocean. Sea otters are a keystone species, meaning they have major influence over other species.

Human activity is the biggest threat to this species due to killings, fishing gear entanglements, and vessel strikes. Additionally, disease, oil spills, pollution, and ecosystem degradation represent a high threat to sea otters.

You may also enjoy reading: Sea Lion vs Seal: What is the difference? 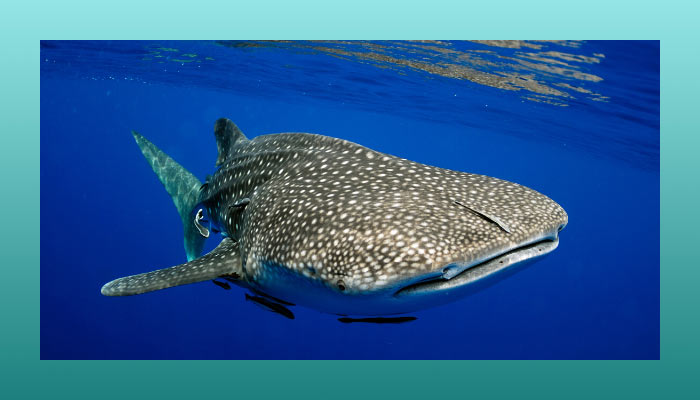 Whale sharks are the biggest fish on the planet, with a diet consisting of plankton mainly. This gentle giant has a big influence on the health of our oceans. Bycatch, whale shark tourism, and high demand for their oil, meat, and fins in international markets are also major threats to this species. 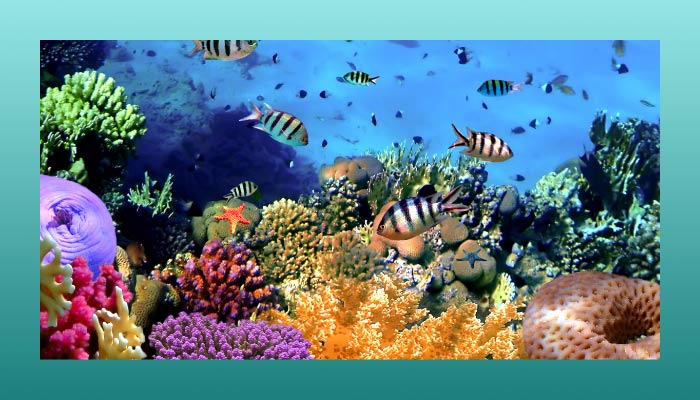 Coral reef habitats are one of the most bio-diverse and productive ecosystems. They support a big part of all sea animals and are vital to the health of the ocean and shoreline. More than 500 million in many countries rely on coral reefs for food and resources.

How can we make a difference? 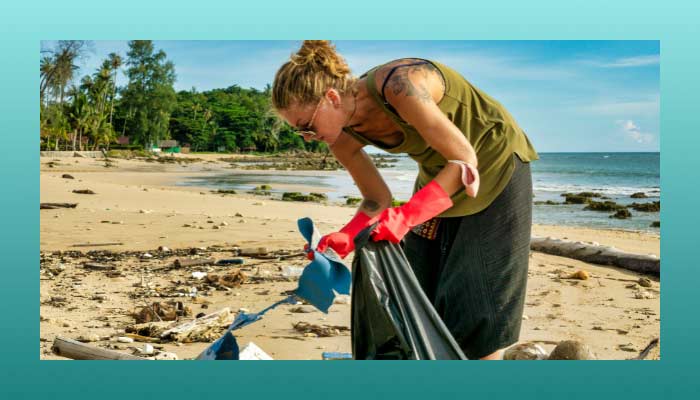 The data is alarming and sad, but there are things we can do to help out. It all comes down to making more sustainable choices when shopping, taking care of your house, and being out and about. Therefore, we are listing 10 things you can do to help save the ocean and our planet.

Extreme exploitation of natural resources due to overfishing and illegal hunting are primary contributors to the high number of endangered animals and world wildlife generally.

Similarly, severe degradation of natural habitats due to illegal hunting and discharge of pollutants such as oils spill and human waste threatens marine life and, therefore, life on the planet.

Being aware of the issue is the first step to overcoming the problem. You are doing so by reading this post. But apart from that, there are simple actions we can take to help save the ocean creatures and other species, and that is: taking care of and loving our oceans. 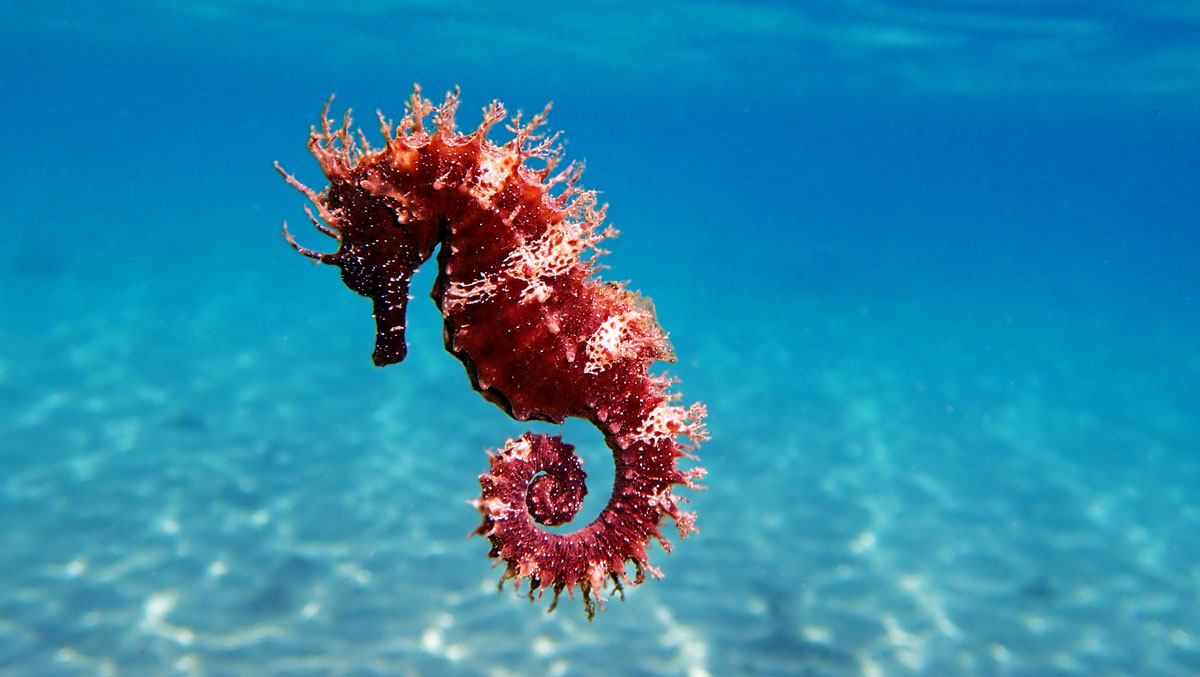 Seahorses are charming creatures that have captured the human imagination for millenniums. 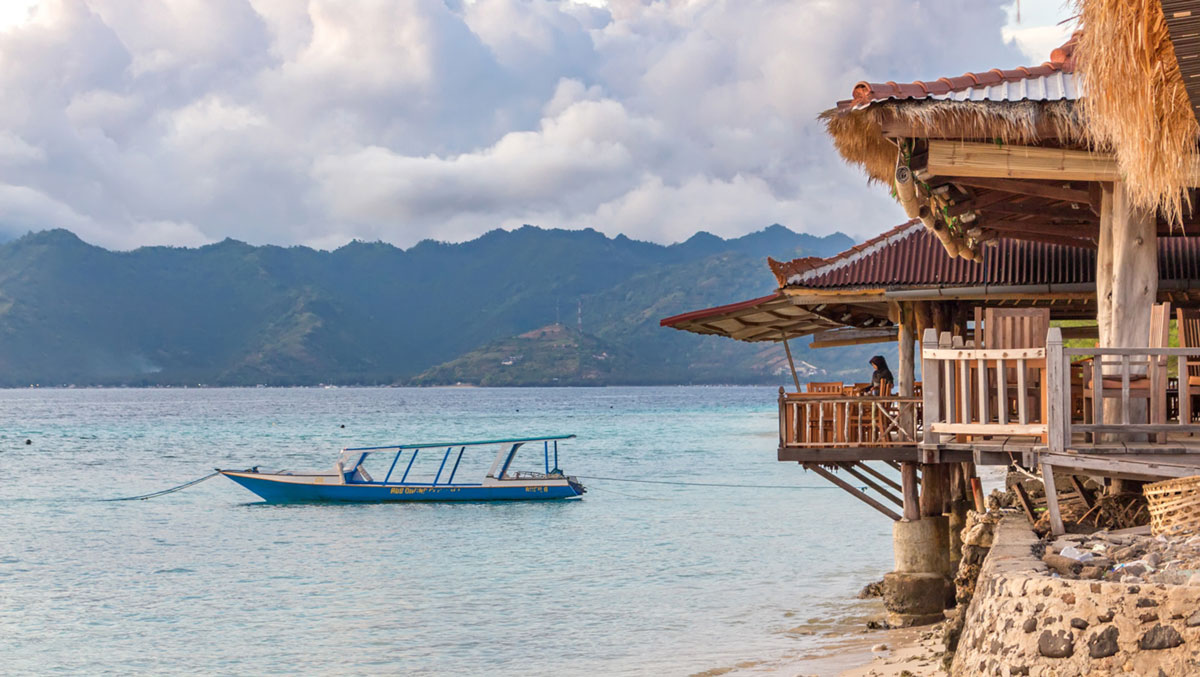 10 health benefits of living by the sea

It is not uncommon for most of us to dream of living by the sea, and science has proven coastal living can be beneficial to our mental and physical health. 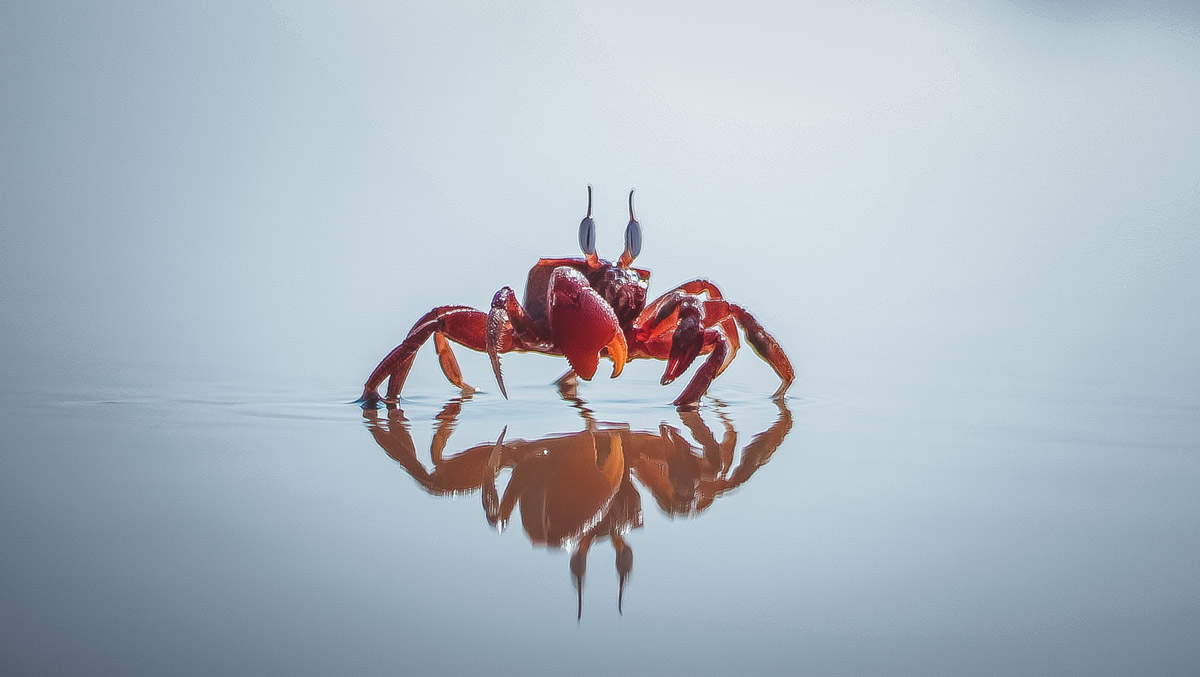 For many people, crabs are symbolic and a source of wisdom. They are both totem and spirit animals, and we can relate most of their traits to different life situations.